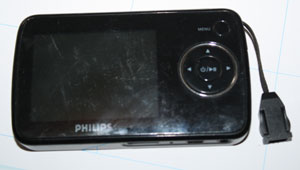 A few years ago I was browsing in a store in Boksburg looking to purchase a phone. The BlackBerry was all the rage then and the iPod was extremely popular. I gazed at the multiple deals which we only see now courtesy of Econet and Gtel in Harare. While I was busy comparing the many features of the models I was contemplating – the biggest feature being my price range – a teenager joined me and asked me a question I shall never forget. “So what kind of phone are you looking for?”

The answer that came out of my mouth finally convinced me I had moved from one generation to the next. My answer, which to this day still surprises and even embarrasses me; “I am just looking for something basic that can phone and send messages.”

The young man stepped back for a few seconds that seemed an eternity stared at me and then delivered the death blow: “You sound just like my parents”. I wanted to put the lad on my lap and give him a good hiding to teach him how to speak to his elders. Well, not really. This, unknown to me, was the beginning of my journey into smartphone ownership.

I left the store that day without a smartphone but I purchased a Philips media player with 4GB space – my reasoning being that I would use it to back up photos etc. At that time iPod only offered the 1GB option. 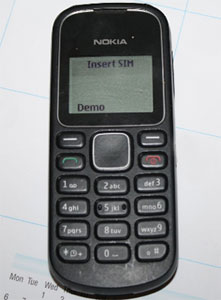 Several months later in the dusty town of Musina, I made my first Nokia purchase – with GPS, touch screen, music player etc. The feature I enjoyed most was the incredible ability to store details about contacts and the sheer increase in the number of contacts you can save. 2 years down the line this phone is still working and it even has WhatsApp – it is not me that uses it now.

Being blessed with not so tech savvy friends, a rare opportunity presented itself. One of them lost all his contacts on his iPhone 3S while doing a routine upgrade. He also managed to break his sim card tray so the poor iPhone languished in a dark drawer until I asked if I could borrow a smartphone to get the feel of it while I was starting to work on developing my first mobile app.

My friend offered the phone as long as I could find a phone tray – and so I got it and went to the nearest friendly Apple store where a sim tray was available for $30. “You must have stolen this phone if you don’t have $30” was the look I got when I said I didn’t have it. But lady luck seemed to smile on me as I met the owner of the shop on my way out and a few minutes of chatter later he did me the ultimate favour – a free sim tray. That’s how I got my first iPhone; for free. The Apple store owner’s reasoning was that once I got used to the Apple ecosystem, I’d probably buy something from them. That of course didn’t work out at all as I am an open source fanatic – soon enough the world of Android called.

Once again my stars aligned for me. I met a friend who wanted a website developed and was willing to barter that with a Samsung Galaxy S2. What a ride that was – this was just before Christmas and I certainly believed in Father Christmas that year. I fell in love with the Galaxy S2. The response was so much better than the iPhone, and I got to build and test my own app on my phone. 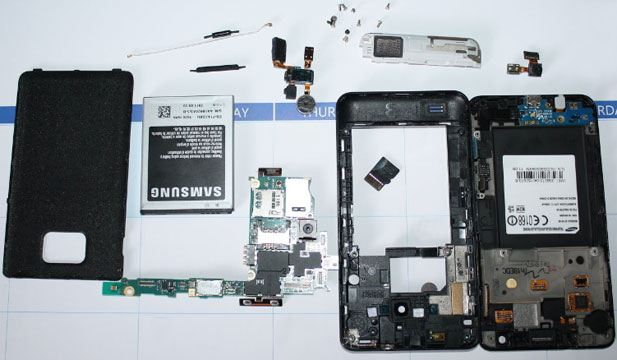 Almost exactly a year later, outside the Harare City Library in Rotten Row my phone fell out of my hands flat on its face. I didn’t know that I could feel so upset about breaking a phone. Here is a tool I used extensively for work – the 8MB pixel camera was just incredible and discreet. I had setup my Dropbox to automatically move my photos to my ;Ubuntu laptop and the cloud. My world was falling apart.

Was this the Joseph I know – the one who changed brands of phones at every opportunity just so that he wouldn’t get stuck in the pattern of one phone producer? I was shattered, or rather, my phone was shattered.

I had to downgrade to the nearest phone through the Christmas holidays –firmly on the naughty list now. A Nokia dumb phone. But I had school fees and salaries to pay – so no way I could buy a replacement smartphone. Getting the screen replaced alone was going to cost me more than my first iPhone. So I dug my heels in – the smartphone had really become a part of me.

Two months down the line I was feeling the withdrawal symptoms and I just couldn’t get over the fact that this Nokia could go days without recharging where the most I got out of a smartphone was a day. I resorted to what usually do when a solution is not within reach – I stripped the Galaxy S2 into pieces only to leave it in that state in an ice cream tub. It was a worthwhile experience opening it up and marveling at how the tech had been minaturised. My respect for the engineers that build these amazing gadgets reached a new peak.

Sourcing a screen was its own journey that took to me to dark alleys in Harare – to Ximex Mall and then finally to Digital Worx where I was convinced not only to purchase the screen but also the Samsung Galaxy S3. I had only heard about Micro sim cards but had never purchased one so as always when I need a service from Econet the store I go to is the one in Livingstone avenue – they always impress me. I didn’t have to pay for my replacement sim – they put it on my account. Yes I know we have come so far – you and I.

This guest post was authored by Joseph Bunga, the founder of Eatout.co.zw. Bunga studied Hotel Management at the Bulawayo Hotel School but his first exposure to computers came at the Plumtree High School in 1986- with a Commodore 64.  He is passionate about the use of Open Source Software to enrich lives of Zimbabweans.

12 thoughts on “Journey into smartphone ownership”