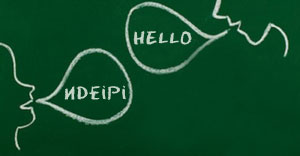 Sometime in 2009, after quenching my thirst with (Ubuntu) Linux for two years I decided it was time to give back to the community. I am not a very talented code writer, I know that much, nor did i see any reason to wast whatever few talents I had on the oversubscribed international Ubuntu Community so I jumped to join the Local Ubuntu team. When I learnt about translating Ubuntu into local Languages I thought: What better way to give back to the community and promote the use Ubuntu in our country than translating Ubuntu Desktop Edition into Shona.

It seemed like a natural step: 61% of Zimbabwe’s population lives in rural areas and the majority of them use Shona as a primary means of communication with adopted English words like “sugar”, “matches”, “computer” etc. Also, for most children the Shona language is the most important tool of learning at ECD and Primary levels; more especially in rural areas. The conclusion was that there is a need for a Shona translation of Ubuntu or at least a want thereof. After all even the Aragonites have their own translation of Ubuntu even though they only have a total population of just 1.2 million. Or am I wrong and there is no need for Ubuntu Shona.

I was full of enthusiasm and encouraged by the support I was receiving from the ever dependable Kalpesh Thaker who even put a “help translating Ubuntu into Shona banner” on the official local Ubuntu website. Everything went well until I hit the bumps and finally the wall.

First bump: Somebody had been thoughtful enough to create the Ubuntu Shona team. That seemed like good news until I discovered this selfish person (S. Magumo) was no longer active and had not ceded control of the team to David Planella as per accepted practice. The result I could not even join the translation team since my application had to be approved. This problem still persists as currently there are five people awaiting approval with an application as early as March 2012. By the time I received approval I had lost half my enthusiasm and I imagine most people are no different in that regard.

Second bump: Lack of Shona standards. Let us be honest the Shona we use in our ever day language is not the Shona we write. A bunch of self-appointed overseers have continued to resist the assimilation of most new words into standard Shona resulting in a very static language. The result is that the language is in the very danger of joining the Latin language-in crypts of history. In contrast the IT field is very dynamic even the English language has trouble keeping up with all the acronyms like AWS, verbs like Tweet and nouns like hashtag.

How would you translate the text “Burn” on Brasero? I would recommend “Bhena” as it is the most used colloquialism but my colleagues (the few that I had) disagreed some suggested “Pisa” some “Gocha” depending on their dialect. The result was that so much time was spent arguing with so little translating that in the end before we were halfway a new version of Ubuntu had come up. For all it’s worth I would recommend my method. With the latter method you will be grappling for words when translating words like “File” and “Print.” What do you recommend?

The final wall was the Leechers problem that plagues our country. Few people write code (or contribute to Free and Open Source Software) and the good many who can but don’t, do not write because they are just lazy or selfish. They claim they are too busy with their jobs. I know for a fact that the organisation Thaker works for is one the busiest IT companies in Zimbabwe, yet every six months, on schedule, Kalpesh Thaker downloads the latest Ubuntu ISOs, using his bandwidth, meticulously updates the repository on a regular basis and answers even the lamest of questions in the local Ubuntu lists.

Only a few people keep the team running the rest are just dead weight. How many members of the Kernel Development team have day jobs at companies like Intel, Google, Microsoft and Oracle all of which are much busier than your local SME? When was the last time you contributed $5 to your favorite Open source project? Never. Then you are a leecher. A parasite that likes to feed on others and give nothing in return. Despite our country’s population being significantly larger than some of the Eastern Europe countries we still had far less volunteers and as a result the work was never completed. No wonder the project has consistently failed to deliver.