When Facebook unveiled yesterday what was supposed to be the Facebook Phone but ended up just being more a pervasive app (or shall we call it a launcher), we found the following by the Facebook chief standing out. It’s really long but bear with us; it’s worth it:

When I think of the world today, what amazes me most is the number of people who are getting on the internet everyday and how that’s improving their lives as they join this modern knowledge economy. I grew up with the internet and I can’t imagine a world without sharing, messaging and searching, but actually only about a third of the world is on the internet today. A little more than 2 billion people.

So we’re really very close to the beginning of this instead of the end, and if you look out 5 or 10 years when all 5 billion or so people who have feature phones are gonna have smartphones, we’re soon gonna be living in a world where the majority of people have smartphone or a modern computing device, will have never seen in their lives what we call a computer. So think about that for a moment.

The very definition of what a computer is and what our relationship with it should be hasn’t been set for the majority of the world.

Couldn’t help thinking how this is so true especially here in Zimbabwe, or the wider Africa, where the average internet penetration is still below 30%. And the fact that the 30% itself is an acceleration of the last 3 or so years whose credit all goes to mobile broadband on feature phones. Otherwise, with just fixed broadband we’d be talking less than half that. 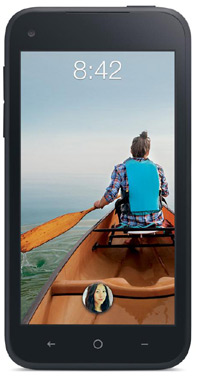 It’s easy if you’re reading this on a PC or smartphone to take connectivity and computing devices for granted. It’s easy to not realise that, as Zuckerberg says, “we’re really very close to the beginning of this”

I’m always amazed how to some people Facebook itself is the reason they’re on the internet and the only device they use or associate closely with the internet, is a feature phone. And for some biNu (the smartphone in the cloud) is the Internet with Facebook just a part of it. While for some, Mxit is.

It’s the beginning. And creators of content, developers and startups need to realise this more than anyone else.

On to the Phone itself which, again, is not a Facebook Phone, but may indeed become at some point, you can get it straight from the horse’s mouth here.

3 thoughts on “Facebook Home, Mark Zuckerberg and the next 5 billion devices”