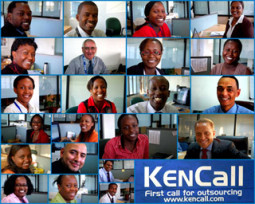 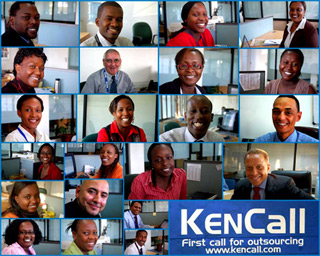 The year was 2001 and the world was still recovering from the dotcom crash.  Amidst such instability, a Kenyan executive working in America was crafting a plan so audacious that everyone he told dismissed him for a dreamer. Nicholas Nesbitt (Nick) was convinced that Kenya had a sufficient Human Capital pool to provide call centre services to American and European companies. It was proficient in English and had an abundance of young people in need of jobs.

Kenyans could converse with callers in an accent that could relate to as opposed to the heavy accents of Indian agents. The big problem was that Kenya’s broadband infrastructure was poor, primarily due to the fact that the country’s only method of connecting to the internet was through a slow and expensive satellite system. No undersea fibre optic cable had landed on Africa’s Eastern coastline. To add to the audacity of Nick’s dream was the fact that global perceptions of Africa definitely did not have technology in the picture.

Business Process Outsourcing (BPO) is a rapidly growing industry that involves companies outsourcing parts of their back office work to achieve cost and efficiency benefits. It is a broad field that covers data entry, contact centers (customer support via live chat, email and through the phone), accounting services, document transcription, and writing amongst others. Instead of having call centre support in America, a fortune 500 Insurance company would rather opt to outsource this function to an offshore call centre. As a result of globalisation, western companies have tended to outsource their manufacturing to countries like China whilst white collar outsourcing has largely gone to India & the Philippines.

In retrospect, Nick’s vision was well placed as he foresaw the liberisation of Telecoms in Africa and the eventual arrival of cheaper bandwidth (Kenya’s first undersea cable only arrived in 2008).Traditional centres of outsourcing like India are rising up the value chain as they have an exploding middle class. They are not only getting more expensive and rising up the value chain but are also creating a consumer class that is fueling demand for BPO services. Today’s typical consumer brand likely handles a lot more support queries than ever before. Opportunities for nimble BPO service providers across the world are emerging and will continue growing. In the video below; Nick sheds light on the Kencall story:

Kencall’s inception as a pioneer of BPO services was quickly met with harsh realities as sparks of political instability in Kenya worked against the progress they were making. Such an operation had never been set up before and country risk/ negative perceptions could be a make or break. Against the odds, Nick persevered by cashing in his savings and mobilising all the support he could. Kencall has led the way since those early days so much that Kenya’s BPO sector is targeting to generate half a billion dollars by 2014. The government has now given it priority status by creating an Export Processing Zone for it where tax holidays are given to players in the field.

Amanda Donahue, Kencall’s Chief Operating Officer will be presenting at the Broadband Forum and provide more insights into the BPO sector.