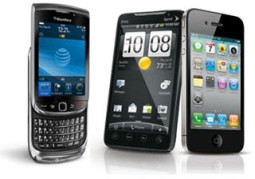 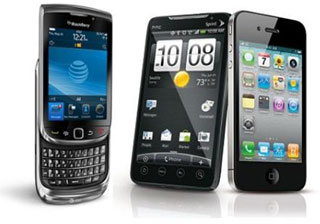 Apparently BlackBerry is just discovering now that if they could have looked beyond just inside their ecosystem for the growth of its much loved BlackBerry Messenger, they could have made it to the top messaging position WhatsApp occupies today.

The company announced yesterday that BlackBerry Messenger (BBM for short) will be coming to Google’s Android and Apple’s IOS app markets as a free download “this summer”. Summer for a Canadian company may mean anytime between the end of May and September.

The company also said it plans to add voice and video calling to the app later this year. BBM Voice and and BBM Video calls are made over Wi-Fi connections. BlackBerry says these services will be free.

The company will vie for mobile users against existing popular instant messaging app WhatsApp, as well as a plethora of other competing apps like Facebook Messenger, Skype, Viber, Kako Talk, WeChat and so on. To the table, BlackBerry brings along a newly announced feature called BBM Channels which is a social engagement platform to allow users within BBM to connect with businesses, celebrities, and their own custom groups.

It’s too early to tell ofcourse how popular BBM will be outside its mothership, but its sure exciting for us to see over the coming months! BBM is loved by BlackBerry device owners mainly because of its bundling with other BlackBerry services by mobile operators for almost irresistable flat monthly fees. An app will not have this luxury.

But an app takes full advantage of what the internet is; an open place where individuals can participate, with or without specific branded devices. BlackBerry has seen a decline in business over the years as smartphone operating system makers closed its once very wide gap. Its once strong and unique features became average as every operating system could essentially do the same stuff. And stuff Google and Apple couldn’t do themselves, app developers like WhatsApp  came in to do.

And as for the partnerships with operators, well telcos can be very powerful partners. But governments are even stronger! Or maybe BlackBerry still plans to offer free BBM access for all devices on a certain monthly fee? And since BBM will now essentially be available for individual users to choose to download and use, what will happen to those regulators and governments block BlackBerry Services’ implementation now?

All that notwithstanding, we’re happy there are going to be more formidable apps in this space. Can only improve the innovation to the next thing! Are you going to download and try BBM on your device? Too little too late?

9 thoughts on “Android & iPhone users: BBM to come to a device near you”