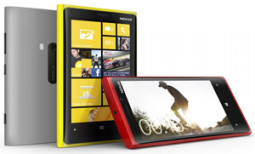 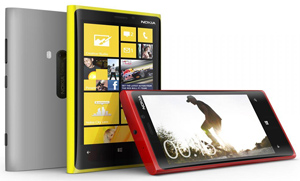 I still remember when my aunt handed me my first cellphone at the beginning of 2006: A Nokia 1100 with an Econet 099 SIM. Back then if you did not want to go wrong you bought a Nokia phone: they were cheap, reliable, user friendly and the accessories were everywhere. It was a phone for every man and women who could not afford the other fancy and pricey models. Nokia had the largest market share and made more phones than anyone.

Fast forward to 2013 and the affordable phones are all but gone and so is the largest market share and user friendly interfaces. It is not clear what went wrong at Nokia. Reports indicate that Samsung shipped close to 107 million mobiles phones in the first quarter of this year which translates to 29% of the global market. When compared to Nokia’s shipments of 62 million phones, around 16% of the market, it is obvious that Nokia is falling. This fact is further reinforced by the fact that last year Nokia shipped 83 million phones in the same quarter.

I attempted to unravel the mystery and somehow Windows 8 mobile keeps popping up. The smartphone industry is a very competitive cut throat place where profit margins are very tight. Nokia decided to bet on Windows 8 Phone and lost big. In addition to being accused by both experts and bloggers of having a horrible unintuitive interface and lacking an app ecosystem, Microsoft also demanded their traditional business model licence fees resulting in expensive devices that are likely to disinterest potential customers. People already have the iPhone and iPad on the expensive end of the spectrum both of which have a vibrant app ecosystem and a familiar user interface that is well tested and trusted. On the affordable side Google’s Android is making a killing with its 52% of the market share.

Knowing Zimbabweans, and a lot of the world’s consumers for that matter, to be very price sensitive; it is mind boggling therefore that Nokia, the company that made the user friendly 1100 and the N-series does not have Android phones for sale. Android is free and might allow them to compete better with the tight margins. Instead they have stuck with Windows 8, the pariah of the smartphone OSes. To give credence to my argument that a lowly priced device would go a long way in regaining lost market share, they piloted a new device, the Nokia Lumia 521 on Home Shopping Network which was priced at around $150 and it was quickly sold out.

On this continent where Nokia was king, half the story is about price. The other half is about support and accessories. Nokia (and their Asian copycat accessory suppliers) used to be good at providing these more than anyone but now I wonder if I buy the Nokia Lumia, expensive as it is, where I will get it repaired or serviced in Zimbabwe. It seems with their shunning of budget phones they have also decided to hold back on support and accessories.

Nokia needs to join the Android bandwagon or risk joining Blackberry on the peripheries of the smartphone market. They can keep their Windows 8 hobby but it is doubtful this will bring much bread onto their tables. As more and more people buy smartphones they hazard losing their brand appeal and I would not be surprised if they start downsizing.