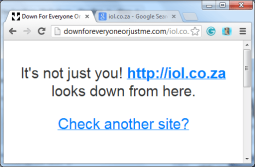 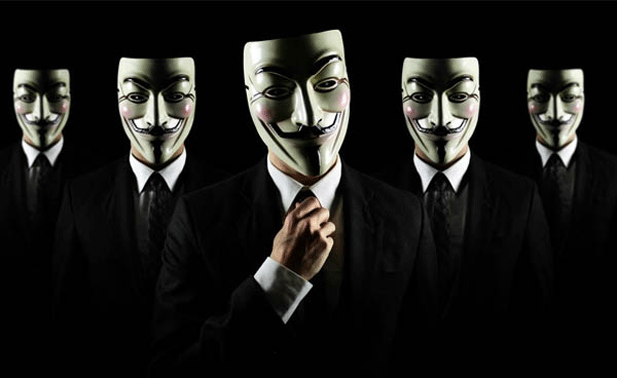 A report by MyBroadband today says a prominent South African news website, http://iol.co.za was taken down by hackers in a Denial of Service attack (DoS) apparently for running Zim president Mugabe content. The attack was carried out by a hackers collective known as Anonymous Africa who are using the Twitter account, @zim4thewin.

According to MyBroadband, Anonymous Africa announced on the MyBroadband forum that a hacktivist protest against the article, ‘Mugabe hero of African liberation’ on iol.co.za the group would be taking down iol.co.za site with a DoS attack. IOL itself has since acknowledged via twitter that they are aware of the problems being faced. Referring users to their Facebook for details of the problem.

We are aware of the problems on the site and we are working on it. Join us on Facebook for further details. http://t.co/N0INFccDCR

We just checked the iol site right now and it’s still down. A downforeveryoneorjustme.com check also confirms the site is still down: 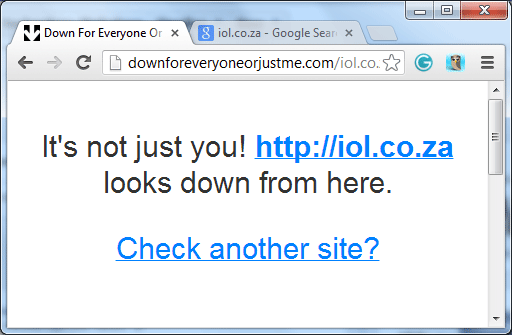 You can read the full MyBroadband article here.