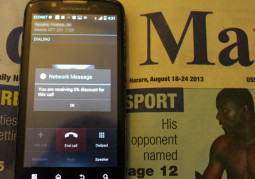 After months of the experts in the market suggesting Telecel was slowly killing the business with all the promos, Econet pulled one last Friday we surely didn’t expect: they announced they were going for an outright unconditional price slash of 60%! Talk of pleasantly shocking.

Econet even joked in the ads that no Telecel “mega promo” could match this price attack. Which led the market to speculate; if the Telecel promos were killing the Telecel business slowly, just how much was Econet going to bleed from this even more expensive price slash, and how rapid would that happen. Fast enough to impact the share price?

But there’s something that we missed in the Econet announcement last Friday. The company didn’t speak of calls within the network. They carefully worded the statement to say calls to other networks would enjoy the new 10 cents per minute price. Add a missing “only” there. And to make that even less noticeable, they promised calls on the Econet network would enjoy a discount of up to 90%. Even more confusing were the Facebook ads which spoke of “10 cents a minute across networks“. Again that meant ‘only’. Other words in the statement like ‘unconditional’ and ‘When we give, we give” were thrown in there for even more effect.

But unclear messages can be confusing especially to subscribers. We took the slash to mean all calls had been slashed to 10 cents per minute. Subscribers too, who ended up calling Econet liars for it. So Econet sent out an SMS broadcast to subscribers today to clarify matters:

BREAKING NEWS! Purchase a bundle of your choice & enjoy a voice tariff as low as 10c with the Buddie Bundles. All bundles are valid for 5 days. Dial *140*4# now

Even though its carrying the ‘Breaking news’ tag, you will remember this from 8 August when we wrote about an underwhelming new promo. This promo is what takes care of Econet to Econet calls. Making up for Buddie Zone, which, really isn’t is delivering the 90% discounts the ads say it’s supposed to. See this call we made as we were writing this article for example; 0%. 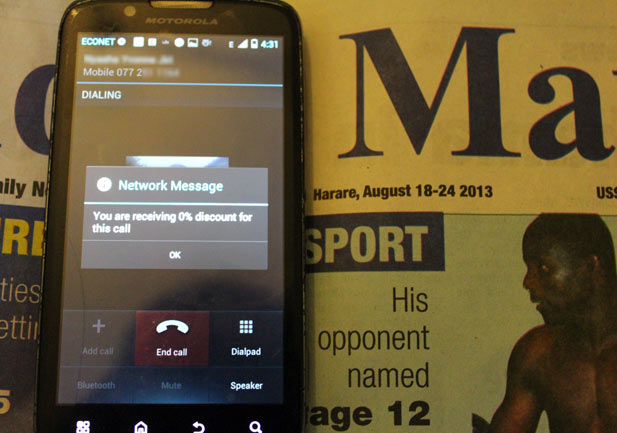 So what exactly is going on?

Basically, if you are an Econet subscriber, to call other Econet numbers at 10 cents, you have to buy voice bundles first otherwise your calls will default to Buddie Zone discounts which are hardly predictable.

As for calls to other networks, the rate is 10 cents per minute. And even though Econet is not saying so, it’s a promo and not a new price per se. It’s not helping ofcourse that the whole promo is being called Buddie Zone too. Buddie Zone, the way we understood it was about unfixed call discounts. Now it’s that and the 10 cent calls to other networks (yes, the ads have been fixed too, now it’s “other”, and not “across”.)

So, just how much revenue will Econet bleed from this? Well, the effect we’d all imagined after Fridays’ announcement may not be as big, but bleed they will. There’s the 5 day bundle expiry period that protects Econet from a real price slash but the jury is still out on just how much that means. Data revenues are nowhere near compensating for the lost voice dollars so we should certainly expect a knock come announcement of results.

Has Econet really slashed calls to 10 cents per minute? Yes, and No.