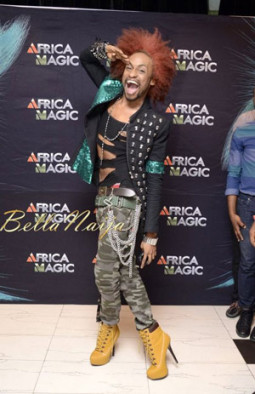 When Google unveiled the new YouTube Partner Program in West and East African a couple of weeks ago, Njoku, the iROKOtv founder and CEO, explained in a blog post that contrary to what a lot of people deem to be the death of iROKOtv, he was unfazed by the news as their model and competition is actually not YouTube. In a different article he posted yesterday, he disclosed the one company he considers formidable competition: the internet and content giant, Naspers!

In the post, in which he sings praises for Naspers, it’s CEO Koos Bekker, DStv AfricaMagic executive Biola Alabi, and the conglomerate’s business model in general, Njoku says AfricaMagic is their real competition and the one company giving him nightmares. He wrote:

Outside of iROKO, AfricaMagic are the other largest content acquirers in Nollywood. They always come up in ANY content negotiation I have. That’s why the YouTube announcement meant nothing to us. AfricaMagic is our only real competition. Lead by fellow AABLA/CNBC award winner and super star executive Biola Alabi, AfricaMagic are formidable, measured by any metric. The first thing I ever said to her, post ‘hi’, was something along the lines of ‘please don’t kill us’.

He also talks about subscription and how he sees this as the future of Video on Demand (VOD). As opposed to (or along with) advertising that is. If you would like some insights into the movie market on the continent and why Naspers is a big deal, this is a good post to read. Interestingly, the article is titled “Last night, I had a nightmare“, a nightmare which, the opening suggests, would be an acquisition by Naspers. Whether it’s really fear they may be acquired (or face death if they refuse) or just an exit wish, we don’t know!

Naspers, through Multichoice, already runs a VOD service called DStv BoxOffice. The service has however so far been limited to South Africa in kind of the same way Netflix, Hulu and the others limit viewership to the US and certain geographies. Multichoice has indicated on their website though that they plan to expand the service to more countries on the continent. Expansion,especially as they also have access to content IROKOtv does, would pose direct competition for viewers for Njoku, which would make iROKOtv either a target for acquisition.

8 thoughts on “iROKOtv founder: It is Naspers we are afraid of, not YouTube”