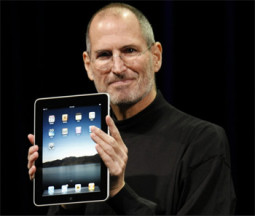 Hollywood can really learn a lesson from Steve Jobs’ many innovations. 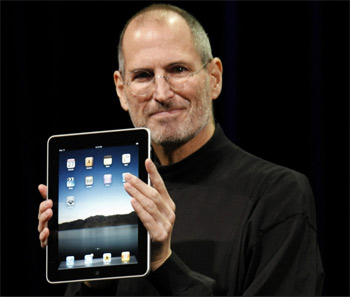 Whenever I hear about the movie industry and copyright laws such as the DMCA, I really try hard to quash words like stupid, idiotic, morons and imbeciles out of my mind. After what I went through this weekend though I think I deserve to think them.

For my birthday the guys decided that we watch the Jobs movie because for some reason they think I am a geek and Steve Jobs to them is what a geek should look like. Their error is forgivable, they are accountants and they meant well. What was unforgivable was the fact that we spent an entire 3 hours trying to find a site that would legitimately allow us to download the movie so we could watch it. Apart from the illegal torrent and mini mkv downloads sites, there was nothing. The movie will be available on DVD and I can preorder it on Amazon but I will have to wait for the Gods of Hollywood to release it to me after everyone else has watched it. Why should I have to go to a cinema and buy stale popcorn (yes there is a story there) so I can watch the latest movies. This is the digital age for Godssake.

It turns out it is actually easier to steal a movie than buy it. I had to check the calendar just to make sure that we were in the 21st century where broadband is everywhere and the world is a global village. We were tempted to go to Joina City and download it for free but wouldn’t that be just as criminal than a torrent or Jack Sparrow? After the harrowing three hours of Googling, Yahooing and Binging we decided to hit town and look for the movie there. Whenever we reached one of the street vendors and asked whether their copy of the movie were legal we were met with blank stares. “What kind of dumb question is that?,” their eyes seemed to say. It is just as hard to find a legal DVD on the streets of Harare as it is finding a legal download online especially if you are looking for a relatively new movie.

At least we did not waste the entire three hours as we learnt something. For those of you crazy enough and have sacks brimming with money there is a site that allows you (Zimbabweans) to hire movies called Vudu.com.  It will allow you to buy digital copies of most movies for the sweet price of $17.99 and a typical TV series season of a show like Dexter for the affordable price of $35.99. That is a full $10 more for TV shows compared to what Americans pay on Amazon’s Instant video service. I never understood why we have to pay more to access the same services – it is the same thing with Microsoft’s Office products here as well.

Why does the movie industry (Hollywood) insist on its convoluted system of making movie releases based on their archaic geographical based deals. The world is a global village and the internet is here to stay. I do not buy the FUD that they will lose sales either. Look at the gaming industry. Games like FIFA 14 are still making a killing even after availing downloads to the wide world. In fact I think they have benefited from these sales.

Well, long story short after trudging the streets and trawling the internet to no avail we decided to do a Look East and ended up watching a Kung Fu classic. We did not dare ask the guy who sold the movie to us whether it was a legal copy or not but since it was a five in one DVD and cost us about a dollar…