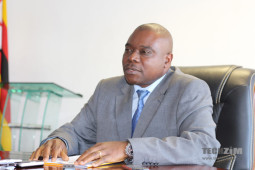 Following the announcement of the new Zimfon VoIP service, there’s been a lot of discussion both online and off about the legality of the service against Zimbabwe’s telecoms regulations. So we contacted POTRAZ to get their view on it and that view is that Zimfon is not in compliance.

The service, according to POTRAZ deputy director Alfred Marisa, is currently under investigation as they don’t feel it complies with the telecoms regulations. “All we can say for now is that, regrettably the Zimfon service does not comply with a number of our requirements,” said Marisa, “We were already investigating this service and so far we have too many unanswered questions.”

Marisa also said expressed concern with the Guroo service and basically said they are investigating it too. Zimfon provides the VoIP service in partnership with Africom, who have their own VoIP service called Guroo. Guroo in many ways is similarly structured. “We have also been engaging Africom over their Guro-o product to satisfy ourselves that there are sufficient safeguards to ensure that the service is not used as a conduit for refilling international traffic, among other things” Marisa said.

Contacted for comment, a Zimfon representative said they need to go over this development as a company first before responding. An Africom Senior Executive however gave us some general comments about their Guro-o VoIP service and partnerships they have with companies like Zimfon:

Guroo is a cross platform voice service that allows anyone to call any number at very low cost.

Guroo is founded under the premise of contributing to the growth of our economy. You will realize that every call is a local and there is an element of taxpaying to local country( Zimbabwe) despite where you are using it from.

With the growth and penetration of application based smart devices, there is no way where voice applications could be ignored and we are excited that we have our own from Africa.

The model for guroo allows for resellers from local and international under an arrangement that can be worked on and any company is free to approach. The reseller arrangement is not far from what exists even with Africom products and any other telecoms products where there is a commission model.

In short, they don’t think there’s anything wrong with what they are doing. Which is quite expected. The issue of routing international calls via a local VoIP operator and then channeling them to other local operators as local calls has come to the fore a few times these past few years. There have been cases where operators have fought off (through POTRAZ and the courts) startups attempting to or caught doing this. Some have even been arrested for it in cases mostly instigated by the largest mobile telecoms company in the country, Econet. We’re guessing they’d feel they lose the most revenue in the country to the traffic refiling and would keep alert to suspiciously excessive traffic coming through to their network from some sources.

23 thoughts on “Zimfon’s VoIP service does not comply with regulatory requirements, says POTRAZ”