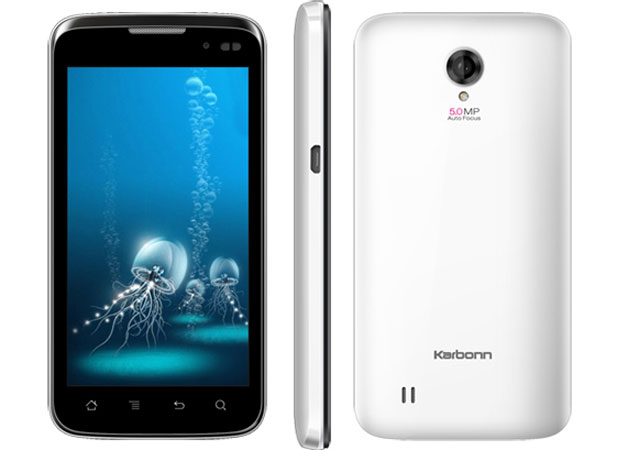 Just a few days ago we came upon a Karbonn Smart booth at a CABS bank branch in Harare. On enquiring from the agent we learned that the distributor of the Karbonn devices locally, Solid Ground, have partnered CABS to go after the the civil servants market through providing mobile devices on friendly credit terms. Called Karbonn Kredit, the scheme provides CABS loans to civil servants for the purchase karbonn feature phones, smartphones and tablets.

Karbonn as you may already know, is Indian low cost mobile devices brand that entered the Zimbabwe market some time last year. Karbonn basically provides cheaper (in price) alternatives to mainstream brands like Samsung. In much the same way GTel and more recently Astro do, except Karbonn is really really big brand where it comes from. Big in the sense of raking in half a billion dollars in revenue a year.

Karbonn seems to have an edge over GTel in that whilst GTel’s credit period is 6 months, Karbonn’s stretches to 12 months which means the customers will have lower sums of money deducted from their accounts, albeit over a longer period.

The most expensive smartphone on the Karbonn-CABS scheme is the Titanium S5 which costs $33.79 per month. The cheapest is the KPHONE 1 feature phone and it costs $5.61 a month. Like other Asian mobile phone brands, the Karbonn devices are dual sim.

This is the first time we know of that a private company that’s not a mobile operator has partnered a bank to offer financed mobile devices. The pity of course is that they can’t integrate the offering to include services consumed on mobile phones like voice telephony or data bundles. Maybe they are in talks with the operators, who knows?

Karbonn products are also available at TV Sales and Home outlets on credit to the wider public.