The Nigerian Communication Commission has fined all the mobile operators in that country a combined $4 million for poor service. The operators are MTN, Globacom and Airtel. The companies have also been banned from selling new SIM cards in March and an additional 2.5 million Naira penalty will be charged if the fines are not paid by 7 March. At this stage, little information has been provided on the service shortfalls that the operators are being penalised for. 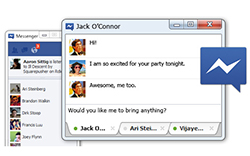 It seems Facebook is now streamlining operations and doing away with redundant platforms that never served any purpose. Last week they announced that they were removing the @facebook.com emails from people’s walls. This week they announced that the Facebook messenger app for Windows desktops will be shut down this coming Monday. The great thing about this is users who opted to use this app will no longer get double notifications of incoming messages, first from the app and then from the inbox inside Facebook. 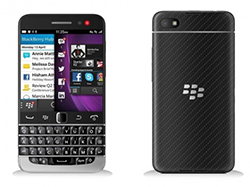 Struggling smartphone maker Blackberry has unveiled a new flagship smartphone they are calling the Blackberry Q20. The phone retains the tradition qwerty keyboard, the home menus and runs on the Blackberry 10 software. The phone probably looks to be aiming at retaining loyalists more that persuading people to ditch their existing smartphone brand. The announcement was also low key and seemed too soon for a phone that will be available in the second half of the year.