SABC’s Motsoeneng ‘lied’ his way to the top (Techcentral)

It appears the scenes similar to our own Salarygate at ZBC are playing out at South African state broadcaster SABC. This time, SABC COO Hlaudi Mostoeneng is accused of lying about his qualifications which not only brought him to the top, but also “qualified” him for a hefty salary increase. Apparently Mostoeneng does not have a Metric certificate and there are no details whether he has any other legit qualifications.

The staggering figures released by the People Bank of China show that China’s mobile payments sector is growing at an unprecedented rate. The $1.59 trillion turnover represents a 317% year on year increase in 2013. If we can use these figures to speculate, there is no doubt that mobile payments services represent the future of payments, a future that’s not far off now. 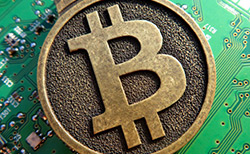 If you are like most people out there, then this guide will help you understand what Bitcoins are and how they work. The crypto-currency has been a bit shaky falling and rising at will but the general view is that it’s hear to stay. Recently, one of the biggest banks in Africa, Standard Charted started testing a portal for trading in this internet currency in South Africa. So Bitcoin is no longer far from our borders now and this guide will help you understand it better.

One thought on “Regional & Global round up: Mobile payments soar in China, SABC boss in trouble”