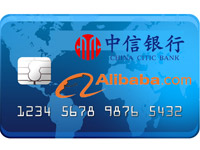 Ever heard of Virtual Credit cards?

Two top Chinese internet companies, Alibaba and Tencent (the WeChat guys) announced the introduction of these yesterday. The cards can be used offline as well as online. Both companies are teaming up with a China CITIC Bank, one of China’s largest banks.

It doesn’t sound ground-breaking looking at it from the perspective of these two internet companies, but they have a common backing bank for a reason. If you look at it from the angle of a traditional bank now going into virtual credit cards and stuff like approving the creditworthiness of applicants based solely on the consumers’ online shopping histories (generated by these sites) then it gets interesting. See more here: alizila

Writes YourStory: “Quikr has raised close to $150 million till date in seven rounds over the last six years and claims to receive more than 30 million visitors each month. Quikr’s closest competitor in India is Argentina based OLX which is also heavily venture backed and has been neck to neck with Quikr.”

LeadPath launches accelerator to invest up to $100,000 in Nigerian Startups (TechCabal) 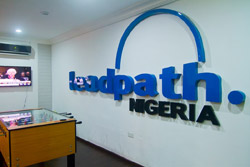 Last week a new Nigerian Accelerator, LeadPath,  launched its programme. LeadPath Accelerator. According to TechCabal, “LeadPath will make seed investments in startups doing business in software applications, mobile applications, electronic payments and big data. Typical investments range between $25,000 to $100,000 in the first instance, as well as follow-on investments from LeadPath and other venture funds. LeadPath will also offer office space, mentorship and other services to their investees, helping them achieve scale and success in a promising but challenging market.”