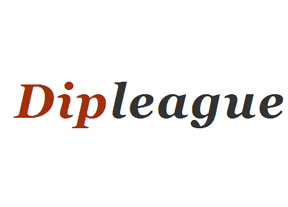 If there’s one startup that has a problem of being copied locally, it is Dipleague. I don’t know if they should feel flattered, angry, or should maybe see this as a sign that it’s probably time to expand Dipleague beyond a mailing list. And maybe even time to monetise, a move the founder has so far been reluctant to make.

The copycats use a number of platforms; Facebook pages, Facebook profiles, LinkedIn Profiles, Google Groups, and even a classifieds website. The people behind the website, particularly, have chosen to just use a slightly different spelling – Deep instead of Dip – and appear to be the ones running the second most popular ‘fake’ Deepleague page. The most popular one is this one here that has 15,600 Facebook likes.

In the past, the real Dipleague has been silent about the copycats. But two days ago, founder of the service, Samir Shasha, issued a statement to Dipleague members via email. The problem, according to his email, is that the members of his Dipleague are thinking the impostor pages are part of the regular service.

“I would like to inform all members that this page, its creators, and its content and administration are in no way connected to Dipleague,” Samir Shasha says in the email, “the fact that any person or group of persons knowingly created a Facebook page called ‘dipleague’ clearly indicates a lack of business ethics if not an outright intellectual property violation.”

In the email Shasha goes on to encourage Dipleague members to report the impostor pages so they can be taken down. No idea if they’ll succeed with this as we have known bigger local brands that failed.

Update:
We received an email from Deepleague, who rightfully claimed their right of response, but wrongfully used it to slander us because,according to them, we slandered them. The slander is a separate issue we’ll deal with separately. Essentially, their email, which another reader also posted below in the comments, says they didn’t copy the Dipleague name because, even though they are in the same business, and even though Dipleague has been popular in Zim since 6+ years ago, (they launched 4 years go), their name, Deepleague, is spelt differently so all is ure coincidence. Yes, guess we can say at least they said something.

28 thoughts on “Dipleague unhappy about fake Dipleagues on Facebook (update)”