The Apple fans amoung you are probably celebrating already, as the rest of us either keep wishing we could get in on the fun too, keep hating your ecosystem, or we just ignore and pretend Android (or Nokia) are enough. Apple yesterday released the latest version of its mobile operating system, iOS 7.1. The update, according to 9TO5MAC delivers user interface tweaks, bug improvements and “dramatically faster animations and transitions.” There’s also the new CarPlay support we hear. If you have upgraded already, we’d love to hear in the comments how so much better this feels for you.

Oscar trial Twitter ban, and that it ‘went too far’ (TechCentral)

You may have read that a South African judge, one Thokozile Masipa, banned live feeds, tweeting, or blogging of  post-mortem evidence in Oscar Pistorius’s murder trial. Well, some analysts in South Africa say that the move went a bit “too far”. A TechCentral quotes an expert by the name of Dario Milo: “Unfortunately in my view that was a decision that, with respect, went slightly too far because it misunderstood the nature of Twitter as a court reporting tool used by journalists,”. 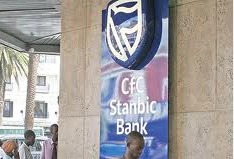 This is not really news. Actually it’s just not. But we love spending time on YourStory because of the useful startup stuff you’re always guaranteed to find there. We particularly found this one good as it has some nuggets on how geeks can improve the other vital areas of their new businesses, like sales. Please do check it out!

Says a memeburn report: “Snowden, in his first live conversation since he disclosed thousands of classified documents from the National Security Administration (NSA) and CIA in June 2013, and was subsequently charged with espionage, told the crowd of about 3 000 people that innovators at SXSW and the greater tech community should build better encryption into the next generation of technology.”