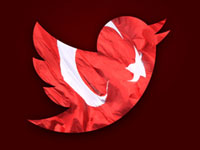 Turkey Blocks Google DNS, YouTube Could Be Next (TechCrunch) 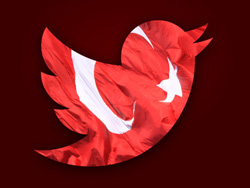 All of us Twitter lovers should spare a thought for those in Turkey who, since last week, are being forced to go without by the powers that be. The move however is said to have backfired, as the news only made Twitter more popular amoung those that hadn’t bothered with it yet. It also resulted in the global community offering Turkish users of alternative means to get to Twitter. Means like Google DNS. But the government is catching up to these methods and effecting more blocking. In fact Google itself might face a YouTube block! 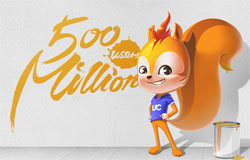 If, like me, your low cost Android phone hails from a certain Asian country that supplies lots of low cost devices locally, then you don’t need an introduction to UC Browser. The browser is the easily the most installed in these parts, probably neck and neck with Opera Mini on the low cost devices. But no need to speculate; passed the 500 million global quarterly active user mark. 300  million of those, according to the company, are on Android.

China is a big country of course and so goes without saying that most of those users are home users. As much as 65%, (325m) says the TechInAsia article.

Microsoft, Google will read your email without any outside legal pressure (Uncrunched)

So last week Microsoft essentially admitted to reading a blogger’s hotmail account because they wanted to know the contents of comms the guy had with Microsoft staff. In attempt to justify this action, they said: “As part of the investigation, we undertook a limited review of this third party’s Microsoft operated accounts. While Microsoft’s terms of service make clear our permission for this type of review, this happens only in the most exceptional circumstances. ”

But Microsoft is not alone in this shady behaviour says Mike Arrington. He explained in this post. Google, while chasing the source of a leak within the company, apparently opened Arrington’s Gmail without his knowledge. Yahoo and Apple do too.

One thought on “They are reading your emails, Turkey vs the Net, UC Browser is BIG! – Global Roundup”