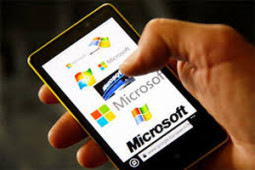 Eight months and $7.17 billion later it’s finally official and the deal has been wrapped up – Today Nokia’s Devices and Services division now belongs to Microsoft. The deal was inked as a strategic move for Microsoft to gain a bigger share in the smartphone arena and also solidify its position as a devices and services company.

The final approval from regulatory agencies and the shareholders was what was left to tie together the loose ends in a transaction that has transformed Microsoft into one of the world’s largest handset manufacturers.

In a statement on Microsoft’s official blog the acquisition has been described as being aimed at bringing key capabilities in supply chain distribution, operational processes and systems as well as skills in managing hardware margins.

This was long overdue when you consider how Microsoft stumbled with efforts in hardware design and distribution (just think of the Surface tablet) and how it hadn’t repositioned itself as the original big boy on the tech block that could take on other premier tech companies dominant in the new millennium.

Just look at the hopeless game of catch-up it’s been playing with its former adversary, Apple, which has now established itself as the world’s foremost tech (and all-around) company.

Despite a shared vision Nokia is set to retain separate offices. The visibility of the unification already started taking effect earlier this week when Nokia Corporation announced its name change to Microsoft Mobile.

Former Nokia CEO and now executive vice president of the Devices Group at Microsoft, Stephen Elop, has spelled out a plan for “The next billion.” This is a focus on the next billion people from emerging markets to access internet services for the first time through Microsoft services as well as devices.

This makes sense when you consider Nokia’s legacy in developing countries through cheap feature phones. In Zimbabwe Nokia’s strong brand presence is something we are also familiar with.

Microsoft seems keen on exploring opportunities for its Windows Phone thereby establishing a larger footprint in these emerging markets. All this points to a huge appetite for growth. Such ambition seems logical when you consider recent data from research firm IDC that suggests that Windows phone stands to grow the fastest among the leading smartphone operating systems.