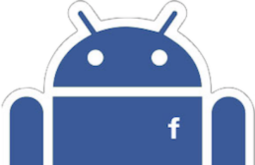 Last week social media giant Facebook issued an update to its app that has a much needed performance tweak. It’s now more lighter, more faster than ever.

It goes all the way down to the detail. This is a major refresh since it’s very first incarnation. The app is now 50 percent faster to launch than it was just 6 months ago. Even better, it uses 50 percent less data than it did a year ago and as if that’s enough, the download is 65 percent smaller since the beginning of 2014. I have to give it to Facebook, that’s super impressive from a performance standpoint.

Why the change?
The benefits are huge. Over the last year, Facebook embarked on a “mobile testing” trip to Africa to see just how much of a difference they were making from a different perspective.

“We purchased several different Android handsets to test the latest version of the Facebook app and the testing process proved to be difficult. The combination of an intermittent, low bandwidth network connection and a lack of memory space on the devices resulted in slow load times and constant crushes. We even burned through our monthly data plans in 40 minutes.”

To get the Facebook app down to these impressive stats, Facebook had to get out of it’s way to make it more efficient. They had to do some clever hacks to shrink it’s size by 65 percent using the Google Play Store option to offer different Android application package files depending on the user’s OS version and screen resolution.

This is a welcome update giving it that much reason for anyone to have a better social experience. With carriers like Econet pulling all the stops with services like Facebook bundles and Telecel promising similar products, Facebook could have a fighting chance to connect more people to the world.

One thought on “Facebook for Android app gets a performance bump”