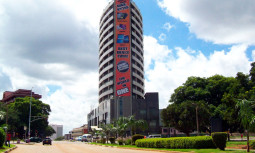 Yes, almost. That’s what the MD Reward Kangai told a parliamentary portfolio committee recently. Almost because the company was surprised to see the taxman come after them and wipe the already meagre profit away.

“Revenue has been going up and the financial statements were showing a profit but Zimra came up and put in penalties and that changed things. We were hoping to make a  $3 mln profit in 2013,” Kangai is reported to have said to the committee last week. Essentially, with the tax penalty factored, it’s a loss. Or at least the mobile operator is still negotiating with the taxman for a waiver.

Apparently, ZIMRA imposed a Value Added Tax penalty without factoring in that NetOne has failed to collect money owed to it by subscribers, some $30 mil was effectively owed to NetOne by subscribers after the dollarisation. “Associated with that debt is 15% Value Added Tax payable to Zimra. We are now forced to pay Zimra but we have not collected the debt and we are negotiating with it.” said Kangai.

The almost made profit was against a revenue of $105 million.

As have other mobile network CEOs, Kangai admitted that WhatsApp, Skype and other over the top services (just call them apps) are eating away at the average revenue per user resulting in them increasingly making less and less. Well, that unless they the apps and use them to drive new services like broadband as well as reducing migration of users.

NetOne is owned by the Zimbabwean government.