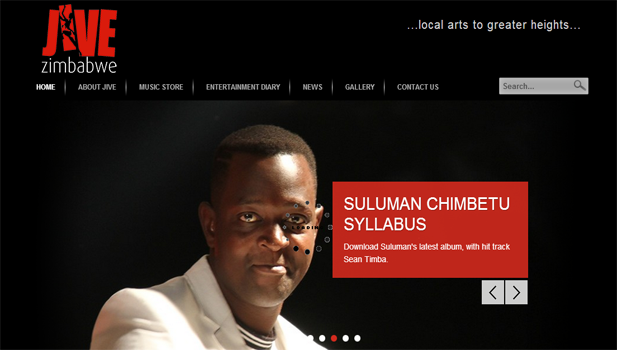 You may have read an article in yesterday’s Sunday Mail (and last week’s NewsDay actually) about a new online music distribution site for Zimbabwean music called Jive Zimbabwe. They are here.

This is actually not the first time Jive Zimbabwe has “launched” so it should be a relaunch really. The first launch happened almost two years ago in November 2012, and then again in January this year. Both times the platform was supposed to go live, with artists already signed up.

We imagine the issues have been around getting rights to sell the local music on the internet, which is no easy task. If we’re to go with the catalog they have on their website right now, those issues, it appears, are yet to be solved.

Jive Zimbabwe only has  3 gospel musicians, 1 sungura artist, 1 Jazz and 2 traditional music artists.  The only household names there are Sulumani Chimbetu and Jah Prayzah and even these just have a couple of albums there.

We also notice that payments are a problem as even though the platform has EcoCash banners, when you try to buy a song, EcoCash appears nowhere as an option to pay. That aside, even if you choose to enter your credit card details, the site doesn’t run on a secure server and would therefore deter most security aware buyers from using it. We wonder why they won’t just use Paynow?

One of the things that make online music buying an unattractive option locally is the cost of the music, and Jive Zimbabwe seems to be getting this right as albums are going for about $2.94.

Still not as low as you’ll get the music on the streets of course but this is better than other options like Astro. We should say by the way that we need to check how Astro’s music platform is doing so far. Or maybe the low prices are what is making it hard for them to sign up artists.

What do you think? Are these guys going to succeed cracking the problems in online music distribution in Zimbabwe?