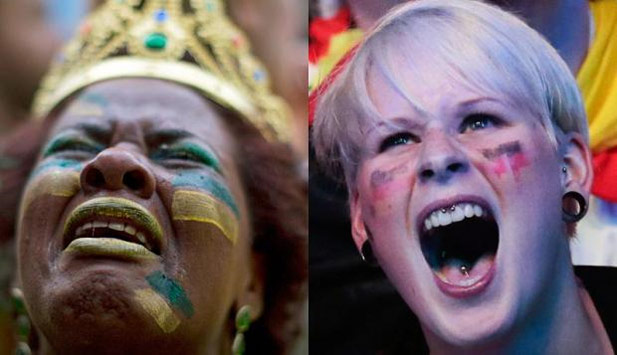 So now you have quit your job and finally gotten around to actually starting your dream startup. Maybe it’s that irresistible website, the app that is going to be the next big thing or whatever million dollar idea that has been brewing in your mind for a while.

You have gathered up enough courage and taken the first step: you have actually started. You should know what they say though: 65% of new businesses fail in the first 5 years. Here in Zimbabwe, I think the figure is much higher and there are no prizes for guessing why.

Starting a business is actually the most important and biggest step; you may have been told this a million times. Although this is true, it is only part of the truth, just one tiny step in a long journey.

It is also true that everyone, including the poor beggars on the street, people in mental wards or even your grandmother have at least one Million Dollar idea in their life time-probably more than one.

The difference between your grandmother and William Gates is that he actually started the business while your grandmother’s idea is still a fantasy. So, for those who are chicken hearted, the only way you are ever going to find out whether your business idea is really as worth as you think is to start it and pitch it. Or is it pitch it then start it? Cue there is no formula.

Bill Gates did more than just start though. Starting was just the first step. He most certainly acquired the necessary business skills that his business needed to survive and thrive.

This might have taken the form of him either undergoing training of sorts, on the job training (learning from his mistakes) or taking a course off the job, or it might have involved him hiring the talent.

One reason why you shiny new business is going to fail is because you are in all likelihood incompetent.

Sure you can code the coolest apps and have been through all the dark alleys of C. You know Java better than you know Shona, right? You have been designing web pages ever since AOL was a thing and were the top of your online HTML5 class, but what do you know about running a business? Have you done your market research? How are you going to market the product?

Have you done the accounting? How are you going to make money using the product? Oh you are going to earn some advertising revenue?

Do you know how much you are going to earn from these ads? Are you going to earn per click or per view? Who is going to serve your ads? How are they going to pay you? Is it per week or monthly? Or do you have to have a certain amount in your account before you can be paid? How will this affect cash flows? Are your prices too high or are they too low?

The reason why your business is going to fail is because even though you are incompetent you think you are omniscient and know more than everyone. As a result you are going to try and go it alone and do everything by yourself maybe as an individual or as a group of geeks with only one talent or skill.

Because of your intransigence you are going to hit a sandbank sooner or later. Locally you cannot follow the Twitter or Amazon model of business. Our route for tech startups is Code, Develop, Expand and make losses till Kingdom Come because no one is going to fund your idea for that long without reaping rewards in this country where let’s just say things are tough.

You will be lucky to find any person who is going to fund your idea with just a percentage of what these companies got from their venture capitalists companies. We don’t live in Silicon Valley and this is not some plot from the Social Network or Silicon Valley.

Here, in this country money matters and people are afraid of risk so the sooner your business shows promise of reaping its rewards the better. It’s a #smashandgrab economy or you risk sinking, so you have to have a detailed and feasible financial plan of how you are going to earn money.

Which means you either have to learn the basics of finance or hire someone who has them. I know coding just for money insults your sense of geekness , like the WhatsApp guys with their noble $0.99/year levy they keep insisting on but someone has to pay the bills.

Then there is the marketing gig. Many of you have probably been there before: you code that awesome new app or create that scintillating website only to discover it has zero downloads at the end of the month or the website has paltry views even after you have done the ninja SEO optimisations (forgive my RAS syndrome.)

The idea still sounds awesome to you but you are surprised that people are not flocking to get a taste of it. There is more to marketing than just Facebook ads and bidding for key words on Google. Nothing sucks as discovering you have made a product that no one seems to want.

Before long, because as we have said you are not Superman, that enthusiasm wanes and dissipates into frustration which eventually solidifies into disillusionment and faster than you can say, “I am incompetent,” you are going to find yourself begging your old boss for your job. You have just joined the statistic of failures.

How not to fail because of this

Before you even start, you should prepare first and prepare thoroughly. There is the old cliché:  Not preparing is preparing to fail. Try to come up with a list of skill sets that may be required and determine which of these you can competently fulfill and those that you need to outsource. One way to do this is to team up with people who compliment your skills. It worked for Google, it should work for you.

You have been warned!

3 thoughts on “The reason why most startups fail”