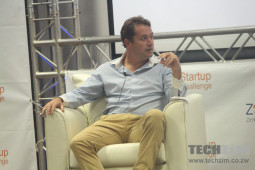 Recently Zimpapers took a huge step into online business with  a news hub that represents all their print editions as well as as a new site targeted at sports news.

There’s a lot to anticipate from this. Its success will depend on how Zimpapers gets a lot of things right, over and beyond their advantage as a well established print classifieds business.

There is the challenge of competition from established players like classsifieds.co.zw that have done a lot to figure out online business locally. It will also be interesting to see how Zimpapers will carve out its niche in a market that has drawn well funded but foreign owned entities like Lamudi and property24.co.zw.

At the ZOL Startup Challenge Finals we managed to get opinions on some of the issues regarding success in online business, online classifieds business and tech startups from Garth Drummond. Drummond is the founder of classifieds.co.zw which is the largest web based business in Zimbabwe. He is also the CEO of Webdev.

In this chat Drummond shared part of the classifieds story and his experience in online businesses in Zimbabwe. He also touched on the huge importance of elements of business (other than the tech ) in running a startup that eventually determine the success or failure of that new business.

Also discussed was Webdev’s involvement in e-commerce through Paynow and the challenges with the business environment that have affected classifieds.  There is also Drummond’s opinion on the competitiveness of the market and the presence of players like Rocket Internet which Drummond says used some of classifieds’ content without approval.

What are your own opinions on the business of online classifieds in Zimbabwe? How do you think smaller startups will fare against bigger entities like Classifieds and Zimpapers?

5 thoughts on “Running a successful online business in Zim: How did classifieds.co.zw do it?”