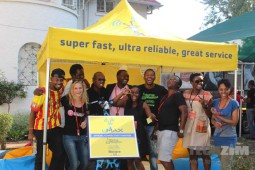 Last weekend Zimbabwe had its second Startup Weekend Harare that was held at Hypercube Hub where 3 teams walked away as winners. Despite the victory celebrated on Sunday afternoon these teams are still in competition at another level, The Global Startup Battle.

To enter these teams have to make a 90 second video about their startup solution and upload it onto the Global Startup Battle Website according to the different categories (called tracks) that they want to enter in.

The teams then have to raise votes from their different communities in a buildup to a final selection from a panel of judges. 50% of the team’s score is determined by votes and the other 50% by the panel of judges.

Two of the five teams that competed at Startup Weekend Harare opted to enter the Global Startup Battle and are now seeking support from Zimbabwe as they go up against other teams from other countries.

If you are interested in voting for any of the teams that have submitted their videos for the Global Startup Battle you can click on the links to the voting pages for each team’s video.

This is the crowd sourcing platform for Zimbabwean Cancer patients that works with support from the community itself. This team has entered under two tracks,

The Winners of Startup Weekend Harare November 2014. They have a platform that identifies and sources from retailers perishable food that is about to expire. It then sells this inventory at discounted prices through a city-wide vendor distribution network.

This team entered under

You can vote for each team under each category once every 24 hours and you are not restricted to one team.