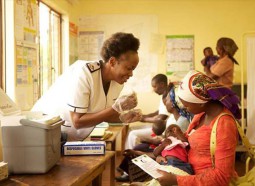 Tech entrepreneurs seem to be describing a nightmare when they share accounts of when they had to deal with the regulatory authorities whilst striving to introduce tech solutions for health.

Many have bemoaned the Byzantine bureaucracy of rigorous regulations that eventually lead to a shut door that can not be opened but from the inside. It becomes quite to tempting to simply conclude that common sense is not at all common. Practical applications of technology such as telemedicine, have faced unexpected hindrances.

As mentioned previously, Econet now has its own own Dial-a-Doctor service. Even though it is still a pilot, the fact that the dial 147 service is already operational raises alarms. Effectively this means Telemedicine is here in Zimbabwe.

So why the interest and fascination? Well to put it simply, telemedicine is revolutionary. For Zimbabwe it will certainly bring disruptive innovation to healthcare. As in all the great revolutions of history, telemedicine is earmarked with inevitability.

Despite the resistance, the curve of the universe always bends towards a good idea. This particularly applies to telemedicine because it is provides convenience. Human nature has a default setting towards seeking convenience. So eventually telemedicine will happen but we should strive to make it happen sooner than later.

Characteristically the resistance to telemedicine has been mostly from the side of the healthcare provider. As a doctor I appreciate that there is validation behind some of the regulatory council’s concerns.

Medicine is not only a science, it’s also an art form that is pivoted on the sanctity of patient-doctor bond. Therefore the concern has been to safeguard the bond from the depersonalization of medical practice that may result when patient interaction is through emails or diagnosis without physical examination.

This is accompanied by concerns of ensuring patient safety from malpractice. However being a tech enthusiast as well, the wide range of benefits that telemedicine offers are simply mouth watering.

It can improve access to health care for people in distant places and reduce costs of healthcare through shared staffing, reduced travel distances and better management of chronic diseases.

The minister of Heath, Dr David Parirenyatwa reflected recently that after independence in 1980, the ministry’s goal was to improve access by establishing a clinic within a 10km distance for everyone.

He admitted that even today this is still their goal as some people in areas like Binga still have to travel 40km to get to a health facility. Whilst we are working towards a ‘clinic in every 10km’ we can benefit from setting up a clinic on every mobile phone!

There is therefore a need to conciliate both views; the view of the conservative health professional and that of the innovative techpreneur.

Several interested parties have been courting the regulatory council individually to acquire licenses. They have been knocking but the door has remained shut because it can only be opened from the inside.

To open the door it is worth considering the approach that pharmaceuticals employ when they aim to introduce a new drug or device onto the market.

Creating space for deliberative dialogue on the subject of telemedicine through conferences and workshops can bring together the doctors and the techies. At such fora health professionals can be informed about the use of this technology and its inherent benefits.

The techies can also get to appreciate the genuine concerns of the medical practitioners. This will also prevents the formation of monopolies that are likely to arise, crippling innovation in their wake.