Will Wangu takeoff as Zimbabwe’s Facebook or its own social network? 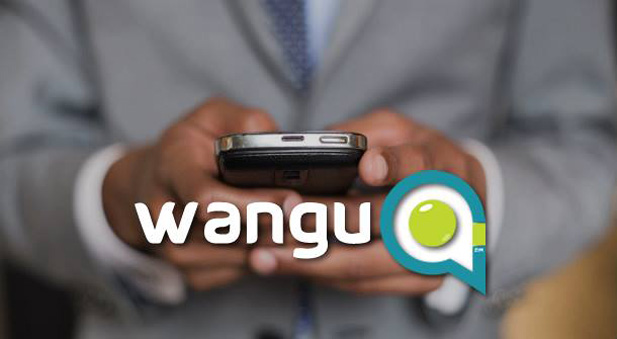 I’ve honestly lost track of the number of social networks that pop up every year. In between all  the suggestions that I get on Facebook (oh the irony..) to sign up for other sites and join other networks, it all just seems like a movement that one-in-a-dozen techies is still building Zuckerburg dreams on.

There will always be another social network around the corner. Whether it comes as a Facebook or Twitter spinoff or just another attempt to “redefine social networking as we know it,” you can bet that someone is working on it.

Locally, the social media terrain has seen its fair share of attempts, and some, whether successful or not, have been more spirited and organised than others (who remembers SHA). Even last year’s ZOL Startup Challenge had a social media platform finalist called Hooked Up that is building an online following around the Zimbabwean college community.

Which brings me to wanguzim.com or just, Wangu. This is the latest (and definitely not the first) Zimbabwean social network which seems to be putting itself out there a lot on the “local” web. I took a peek at the site after a lot of people in my own social circles on Twitter, Linkedin and Facebook pointed me in that direction.

A quick tour of the platform showed an aggregation of services and features that look like they can and should be managed to create a strong following from Zimbabweans from different walks of life. Beyond the odd social media essentials (messaging/video/images) there are sections such as classifieds, business listings, forums, chat rooms and groups.

All this makes Wangu feel like a place that has something for everyone. In some respects that can come off as clutter. However as a new social media platform it is still a product that is trying to figure out what people want, so the feedback from the members ought to show what works and what doesn’t.

There were expectations I had for a 2015 social media platform that weren’t met though. An example is the ease of finding friends and suggestions based on aspects like my basic profile information.

It felt like entering a room filled with thousands of Zimbabweans and being told to figure my way around basic social graces.  The result; anyone and everyone will be trying to be your friend and you are supposed to do the same. That will put a lot of people off, which explains why every success in social media has constantly refined this aspect.

No one can say whether the Wangu platform is a flop, it is till in its infancy. With a very humble 4,300 odd members, it is too early to call it a social media success right either. Numbers mean a lot in this sport, especially when your revenue is a coefficient of eyeballs and engagement. An accumulation of more members is always an underlying objective.

Which would also be a reason why the team behind it has to focus on and celebrate, the growth of its own totals rather than Facebook Likes.

Will it be a success and do we need another social platform anyway?

Beyond the profit motive, the intentions to build a central Zimbabwean community are commendable though. The “For Us, By Us” sentiment can be a great driver for creators to work on such platforms and more importantly to get people to sign on for them, what with the global village/diaspora effect and how it gels splendidly with internet media and communication.

It is what the creators of VK (Russia), Tuenti (Spain), Weibo(China) and RenRen in China figured out. The idea is to make your own platform that conforms to local demands and expectations and cut into a market that has been gobbled up by yet another corporate from the USA.

However, the path to this effect is thorny, to say the least. there is the ginormous competitor called Facebook which is not just a leader in this field but has been granted a certain stature by Zimbabwean mobile network operators (yep, it’s those Facebook bundles Wangu) because of its popularity.

That net-neutrality argument comes front and centre here when you try to consider how Wangu has to convince people to frequent their platform at a higher cost than what Facebook, with all its bells and friends, is available for.

There is also the numbers challenge, which Wangu and every other wannabe social media platform in our Zimbabwe faces. We have a small population and an even smaller subset on the internet. This number is further whittled down by scores of people with a disdain for anything that doesn’t have a household name advantage.

What is left is a social network demographic that has to be boosted by regional ambitions as well. The diaspora pool still won’t get you there either. All this creates another layer of challenges around regional fit and relevance. It isn’t impossible though, just ask MXit. However, like any other tech startup, it is one of many problems that still needs to be figured out all the same.

Have you joined Wangu? What are your impressions of this platform and are there any other Zimbabwean social media sites that you think have the potential to make it?