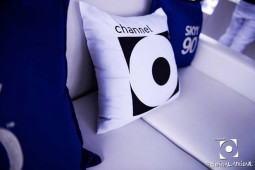 Nothing lasts forever, especially on TV. Who would have thought that something that had become a permanent feature of sorts, Channel O Africa, would be calling it a day at the end of this month.

For us in Southern Africa, this doesn’t concern us directly. What’s being cut off is the feed for the rest of Africa specifically Channel O Africa, not Channel O as we know it. The feed for Channel O Africa will be taken over by Africa Magic and this will become the new face and go-to station for African music.

For most people with a pulse on music preferences and the delivery that Channel O has been making in comparison to competitors like Trace and MTV Base, this was bound to happen sooner or later.

However, there’s more to this channel and feed realignment than just depressed ratings. Channel O is part of M-Net, the coterie of channels that belongs to Naspers and is a sister company to MultiChoice, the guys who give us DStv.

One thing that M-Net has mastered in broadcasting over 20 some years is that local content has a huge appeal to a target market. This was proven by shows whose production M-Net had a hand in like Egoli.

Now, this rearrangement of music priorities hinges on a similar drive; to have region specific content created by local productions houses being offered to those markets. It’s what has resulted in a huge focus on “local” series like for the South African market in the first place. According to Multichoice, this is a rapidly growing market.

Which leaves so much opportunity at the feet of local content producers. The issue with Channel O points to music, so any producers of that sort of entertainment, (think audio and video) need to be eyeing the whole continent with their material.

As an example, Zim Dancehall might be all the buzz and excitement for us here, but with a potential continent-wide market, the producers of that content have to step in terms of quality. The same could be said for other forms of content, be it Reality Shows, TV Dramas and even news.

We have digital migration slowly creeping into the picture and with it all the excitement around digital content that will be aired on ZTV, but with distributors like MultiChoice offering platforms for larger audiences, producers should look beyond our borders. It would be great to see P.O BOX Videos and Battle of The Chefs being flighted as material for the whole of Africa.

It used to be extremely difficult for artists and producers to tell how their material would be received and to develop a presence outside their immediate environment, but the internet has made that task a lot easier.

Just like Anne Kansiime has proved, it’s time for producers to start using online platforms and social media to show how good they are and prove that they deserve that place in African media.

4 thoughts on “As Channel O closes, the opportunity for good quality local content is highlighted”