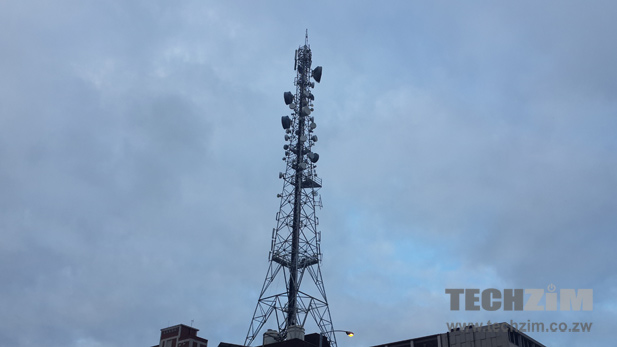 Sharing is caring. It’s not just a kindergarten mantra anymore, it is the underlying sentiment in local telecoms and has been put at the centre of a future for data services in Zimbabwe.

We are talking about infrastructure sharing here. This is the catch phrase that the Ministry of ICT has been brandishing for a while and in the past couple of weeks you probably heard the honourable Minister of ICT talk about obliging all network operators to share everything.

The idea is that all providers in the telecoms space, particularly mobile network operators, should pool the resources they use for passive and active network infrastructure setup which will, in the long term, result in lower costs of rollout. The discount that will be passed down to consumers in the form of lower tariffs.

This whole approach was a cornerstone of the new LRIC pricing model that the telecoms regulator POTRAZ adopted for voice tariffs. We benefited from this at the start of 2015 when POTRAZ obliged all MNOs to lower voice tariffs. Now the same wave is expected to hit broadband prices and ultimately how the Zimbabwean population accesses the internet.

The impact of cheaper broadband services (specifically mobile data) on the uptake and usage of data, as well as our engagement with all things digital, cannot be overstated really. Like the rest of Africa, Zimbabwe is about mobile when it comes to online services and internet access.

99% of Zimbabwean internet connections are through mobile devices so it stands to reason that cheaper mobile broadband would mean an increase in the consumption patterns of digital content.

All of this is the reason why infrastructure sharing is right in the middle of any meaningful debate on the growth of digital services. I think, however, that this has also given the Ministry of ICT something to conveniently clutch on at every public debate on the future of ICT (or ICTs as State officials like to call them) as our biggest and only problem.

Don’t get me wrong, I understand how infrastructure is a huge part of the debate here. We are, after all, looking forward to the day when the cost of internet won’t be so punitive to the point that YouTube consumption on a mobile phone subscription is fantasy.

So anything that contributes to this price reduction should be a priority, even if it has the potential of providing underperforming MNOs with a catch-up opportunity by tapping into resources that were set up by its competitors.

However, there are other issues that should be addressed if Zimbabwe’s digital future is to be as bright as we hope it will be. At the just ended Digital Future Conference, this was emphasised by a lot of influencers in the Zimbabwean digital space.

The staid approach to legislation and regulatory changes surely can’t work for ICT. The industry is far too dynamic for that and when we do that, we end up with a slow response to changes in tech.

Zimbabwe spent way too much time figuring out a national ICT policy (which I still maintain, isn’t going to happen anytime soon). A lot has changed since then and what was a priority then has been matched by other challenges in the digital space.

Now there is the convergence of telecommunications and broadcast services and many of the characters driving policy in this regard seem to be fumbling in the dark. There are so many regulatory loopholes around the crossover of these two services. Finding a solution for this should also be a priority.

Another aspect of a digital future that should be under consideration is net neutrality. Imagine how service providers in the digital space such as content creators trying to set up their own lines and buy into the mobile broadband space have had to rely on Facebook and WhatsApp as primary platforms for promotion and distribution.

These two platforms have enjoyed phenomenal success which has been supported by the silent endorsement from Zimbabwe’s MNOs that offer bundled OTT services for both Facebook and WhatsApp.

Because of the high cost of data any other service offered outside these bundles is considered to be too expensive and not worth using. This makes it difficult to get anything that is not under the banner of bundles services to take off. The result is that content creation which is meant to complement cheaper internet services is stifled.

Any digital entrepreneur that wants to appeal to mobile subscribers has to consider a deal with the MNOs that now assume a sort of proprietary hold over the internet, something that defeats the whole point of a free world wide web. Surely this ought to be tackled as well.

We have a lot to look forward to when it comes to the explosion of digital services and the opportunities in line with that. We should remember though, that there’s still a lot that needs to be addressed if a bright digital future is to become anything more than just political rhetoric.