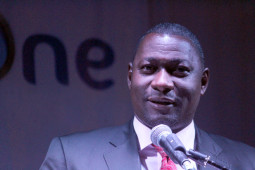 “We’re shaking up the management of the company!”. This is what the Zimbabwean minister of ICT, Supa Mandiwanzira, told us yesterday in a phone interview over the restructuring exercise happening at NetOne.

“What is NetOne’s performance in comparison to the other operators?” he asked, “Government as a shareholder is very much aware of the performance of the other telecoms operators in the sector and that it is nothing but successful and profitable. There’s no reason why state enterprises should not be profitable”, he said explaining the drive behind the restructuring.

The minister went on to say that NetOne had relied too much on one source of income, the government, and that the current initiative would ensure the management gets innovative enough to compete and return a dividend to government.

“As government, we have now invested more money into the company and we must see results. We can’t have the same performance [after the restructuring]”

On who had initiated the restructuring exercise, the minister said it had come from the board but that the ministry was fully behind it.

The minister couldn’t be brought to say if the man who’s been at the helm of the company for more than 10 years now, Reward Kangai, would be affected. He said however that the adverts in the press were clear. The MD’s job has not been advertised along with the 24 others. Advertised jobs included Chief Technical Officer, Chief Operating Officer, Chief Financial Officer and what seems to be all the senoir managerial positions below them.

NetOne was the first to get a mobile operator’s license in Zimbabwe but now fights neck and neck against Telecel Zimbabwe for a distant second position in subscriber market share behind the ZSE listed Econet Wireless Zimbabwe.

A recent report by POTRAZ also shows that NetOne and Telecel combined have less than 40% infrastructure while Econet has more than 60% telecoms infrastructure. Econet has also been posting massive profits in recent years, something NetOne has not managed. Figures made available to the public show losses in the millions. Ofcourse some of them not of their making.

Though shaking up the management, the minister said he was thankful to the current management for managing to keep the company afloat over the years.

The NetOne restructuring comes as another mobile operator, Telecel, faces a different kind of shake up. The company has had its license revoked and has been given 30 days too wind up business. We asked the minister to comment on this but he declined saying the matter is between Telecel and the regulator and that he would only come in if Telecel appealed the cancellation to him as per the country’s telecoms regulations. Telecel has described the cancellation as “unfair and unwarranted.”