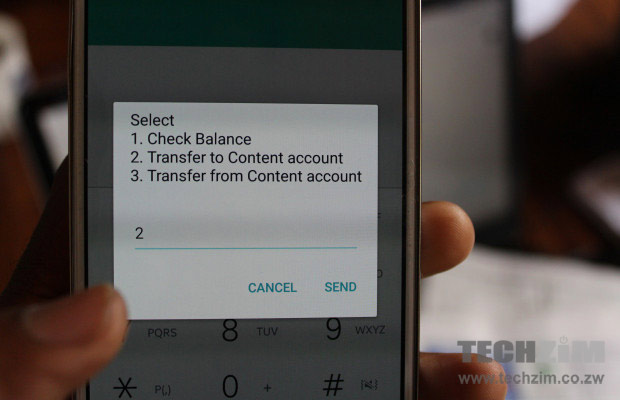 I’m really curious about the real intentions of the move made by Econet to create a dual account system, one for regular calling airtime and one reserved for content only (*143*2#).

Yes, it’s supposed to clear up any problems we’ve had with disappearing airtime, but at the risk of being called a conspiracy theorist, I now think there’s more to it.

Econet introduced its own bouquet of USSD based Mobile News. We are not sure when the service was launched, but as early as last week we began seeing the menu available on USSD code *717#. The application offers local and international, finance, general and sports and soccer news at 75 cents per month, 25 cents per week and 5 cents daily deducting credit from the content account. 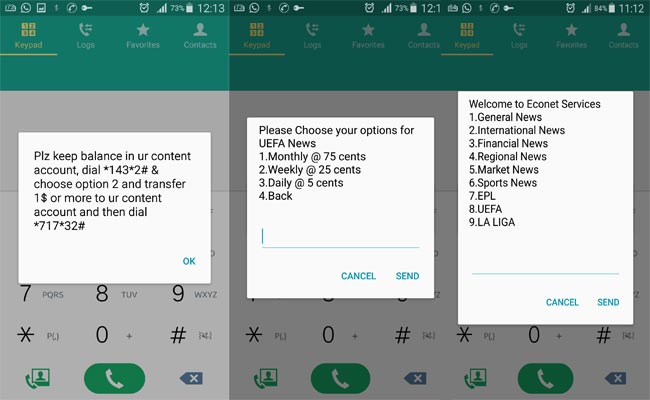 We talked about how Zimpapers reported in its interim results that its Mobile news platform had the potential to rake in $300,000 monthly from roughly 300,000 subscribers.

Alpha Media has a similar application running on the Telecel network. With the introduction of the content account, Econet virtually pulled the plug on VAS services that depended on deducting credit from the subscriber’s airtime, as long as the account was sufficiently funded.

As a result of this setback, VAS service providers have had to fork out varying sums to invest in re-educating a market they had already bagged and banked.

In the middle of that confusion (at about the same time), Econet then introduces a new version of what’s the regular publications are offering.

One is persuaded to speculate that Econet is up to its tricks again and has benefited from a double coincidence where it resolved the disappearing airtime problem and disrupted the market launching their competing product at the same time. Then again, it is speculative and the timing of the Econet version could have been earlier.

I wonder where Econet is going to source the news from. If the sources include Zimpapers, the publishing house will simply compensate itself for any loss by charging Econet liberally for content. If the news is outside of Zimpapers, there is a possibility of breach of exclusivity where Econet has simply found a way of bringing in other players via the back door.

If the news is outside of Zimpapers, there is a possibility of breach of exclusivity where Econet has simply found a way of bringing in other players via the back door.

Whichever path this development leads to, it only goes on to prove what we suggested earlier that WhatsApp is great but with limited smartphone penetration in Zimbabwe, SMS is still King and USSD applications are an awesome revenue stream.

2 thoughts on “Econet now has its own USSD News service”