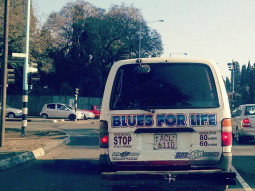 I have had the opportunity to listen to the Minister speak on the infrastructure sharing issue a number of times now. I happened to be there when he gave the 90-day ultimatum speech last week and said:

We own NetOne, We own TelOne. We own Powertel. We own quite a significant fraction of Africom. And we believe that if we can get only our own companies to share infrastructure, we will create havoc to those who say infrastructure sharing is not necessary.

We all sat and listened as the opportunity to create common cause and build trust was wasted on threats  and bias. Effectively, the government was telling private capital that when it comes to rules and fairness in the sector, government is happy to use the companies it owns to compete unfairly against private capital.

The telecoms industry regulator, POTRAZ, reports to the minister – remember he fired a whole board (that deserved to be fired btw) just days ago.  Effectively, after the minister’s speech, POTRAZ’s “creating a level playing field” mantra was reduced to what we have known it to be for a while now – cheap talk. Now it’s clearer that when it’s said that NetOne and TelOne do not pay any of the regulatory fees that private companies have to pay, it is likely true. In fact it is so true that even a private player with the right government connections, got away with not paying regulatory fees for years! 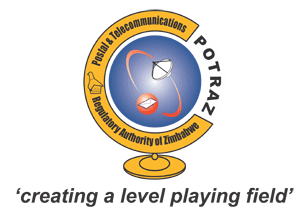 We sat and listened as the minister essentially told Econet that even though it had been smart to invest when the world had turned its back on Zimbabwe, even though it had created tens of thousands of jobs directly and indirectly via this infrastructure investment, though it had improved significantly how people communicate, radically created better access to financial services, contributed more than a billion USD in taxes and levies to government, created better  access to health… he didn’t care a bit and was going to have his way because he’s government.

See, I don’t think Econet is against sharing. In fact as many have already pointed out, telecoms companies share some infrastructure already. The problem is really on the terms of sharing, which, in all fairness, need to favour those that invested wisely, otherwise we are just sending the wrong message to private capital.

Recent developments are clear about how investment flows and which types of governments benefit. Said Kenyan President, Uhuru Kenyatta, on his Facebook page yesterday:

Investors in this initiative [a green energy initiative] have chosen Kenya because the Government is ready to listen to ideas and help implement them.

In the pictures accompanying the post is Strive Masiyiwa and other investors who were meeting him to discuss investment in Kenya.

It is clear how investment flows. It is not by threatening to cause havoc to private capital. It is by listening and implementing the advice.

All this would be easier to say if Econet itself did as much as try to live by the “Don’t be evil” principle. The company has lost a lot of credibility in the industry in as far as fairness goes. Its subscribers hate that it steals their airtime (I know, they stole mine), the competition hates that they compete unfairly, partners hate that they steal proposals and go it alone once they taste how profitable a VAS offering can be, and the media hate the company’s hatred for transparency and heavy-handed assault on the industry when the truth is outed.

It’s hard to sympathise with Econet when they are attacked, and yet, the smart thing to know is that an attack on Econet, nomatter how much you may dislike them, is an attack on all private capital and free enterprise. Even those that hate Econet need to come to its defence, and should know better to save everyday competition fights for another day. We should all know better, even better than him whom we defend, because in defending his cause, we defend ours.

The opportunity right now is as soon as possible to push for clarity on what sharing means. The government’s opportunity is to appreciate private capital for the contribution it has made and continues to make. This will help build trust so players can be assured their investment is not about to be appropriated.

Econet too has an opportunity.

7 thoughts on “Infrastructure Sharing: About threats, distrust and the opportunity to be grateful”