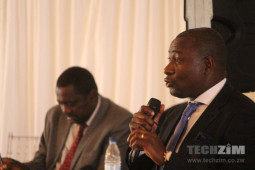 Today at the TelOne and POTRAZ initiated Zimbabwe Infrastructure Sharing debate, the Minister of ICT, Supa Mandiwanzira issued ICT operators with a 90-day ultimatum to share infrastructure or else…

Here is the recording of his speech at the event: