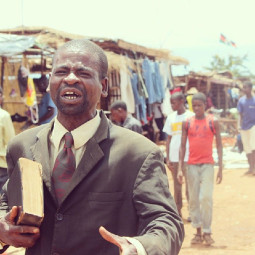 A sad thing that keeps happening around us is that when a few people stand on their feet to speak up about bad things that we need to face and solve in the country, they stand and speak alone. We experience it frequently here when we write about bad stuff some players do in the tech ecosystem.

Those affected by the problem somehow choose to be silent about it, apparently fearing victimisation by whoever is doing the bad stuff. In the worst of cases, they actually gleefully laugh about the bad things happening to others and laugh about us speaking about it. Sure enough, as predictable as it always is, down that path eventually, the bad stuff they wouldn’t speak against publicly, the stuff they laughed about, starts eating them too.

We get private emails sent to us nicodemously by startup entrepreneurs, employees and company executives with messages like “Thanks for saying that about net neutrality!”. While it’s good to know that what we think is a problem is felt by more people and that they want it solved too, its frustrating that they won’t put their weight to speaking and acting openly. Without open engagement, it takes so much longer to solve problems.

We need to stop this small mindedness. We need to stand together and speak when we there’s something that hurts one of us unjustly.

Take the assault by Strive’s startup & Econet on net neutrality for example. We should stand together and speak up about how Econet is hurting the tech ecosystem and even take steps to make them back off.

Take the anti-neutrality assault on the banks by Econet by these past 3 years. It’s silly to smile and say the banks are getting what’s been coming to them for a while. yes, the banks acted too slowly in innovating and are rigid towards customers, but the same flawed principle by a monopoly that they are victim of, will affect a lot others too whether they “deserve” it or not.

Or the shortsighted glee and immediate aggression by some employers to “fix bad employees”, now that the government says they can. Employers embracing this extreme (just like employees who embraced the extreme power they had to screw companies before now) are shortsighted to not realise this will hurt them too. They should also stop and see the abuse opportunity it opens up.

We could go on and on because the examples are many in business and even politics. As a people we don’t seem to see far enough to realise what is hurting the competition now (or just someone we don’t care about) will surely hurt us too eventually. We smile that classifieds.co.zw is getting assaulted unfairly by tengai.co.zw and forget that Econet will any day use the same unfairness on us when they smell the blood.

There’s a time for competition, and a time for growing and protecting the market as a whole. It’s just common sense.  “Every man for himself is not going to work”

21 thoughts on “Our problem is we don’t stand together. We don’t speak together”