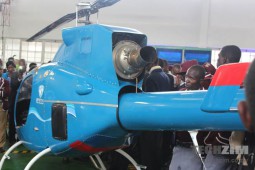 Last Friday we managed to attend the Innovation Africa meetup and fireside chat held at Area 46 in Harare. As much as some of our readers would be happy to hear about another Saith “invention“, this event was just a preliminary educational interface for aspiring entrants and the startup ecosystem on what Innovation Africa is and the kind of expectations for the Innovation Price for Africa 2016.

The most interesting developments for me were sentiments that seem to point out that real inventions were a once-in-a-while occurrence and there is really nothing new under the sun.

Africa is still developing especially in terms of tech and a lot of what’s now considered ordinary in the first world would be a spectacle here. So the question was, when a startup brings in a solution implemented abroad, then tweaks and customises it to fit an African need, should that be considered innovation?

For the argument: The process of identifying an actual problem and scaling an international solution downwards to a local solution requires some form of innovation, engineering improvement and technical expedition of sorts. One could argue that startups should be commended when they are able to put together or imitate conventional solutions and solve local problems (not necessarily reverse engineering or copying).

Against the argument: The comment from the guest speaker at the fireside chat, Pauline Mujawamariya (she is the IPA Program Director) stressed the limitation of this approach as “lacking scalability” as it can only be used in that small market. The idea of importing solutions leans more towards the idea that Africa cannot innovate or come up with its own solutions. The whole process does a lot to stifle the growth of would-be solutions.

Without necessarily reinventing the wheel there is applicability where one can say they used a solution developed by another company as a small component of overcoming a big problem in their surroundings. Where is the line however between how much of newness you brought into the old means? What is the real difference between say a guy who imports the body of a helicopter and puts in it a go-cart diff to power the rotors and one who, in fact, builds the whole thing locally but using a copied design? Both have copied certain aspects and both are solving the cost of building aircraft problems.

Where is the line between how much of newness you bring into the old means? What is the real difference between a guy who imports the body of a helicopter and puts in it a go-cart diff to power the rotors and one who, in fact, builds the whole thing locally but using a copied design? Both have copied certain aspects and both are solving the cost of building aircraft problems.

What worth is given a guy who changes the application of an open source platform used abroad to process orders at a fast-food restaurant and brings it to Zimbabwe to deploy at the Registrars, to process passports?

All these are aspects that are worth considering in the debate on African innovation.

36 thoughts on “Are imported solutions for local problems a form of innovation?”