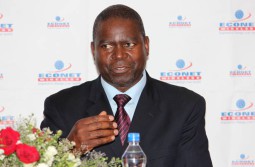 Local mobile operator, Econet Wireless, has released a statement concerning the job dismissals at the company, pointing out that Econet has only released 46 employees and not hundreds as has been claimed by some media outlets.

According to Douglas Mboweni, the Econet CEO, these dismissals were not part of a cost-cutting measure. For cost management, Econet had instead implemented 20% salary reductions, which had been determined to be more effective.

As part of this statement Mboweni also said,

We all need to try and protect jobs, but regulators like POTRAZ need to play their part by not unnecessarily destabilizing industries that are stable.

POTRAZ instructed all telecoms operators to revise voice tariffs downwards, a situation which resulted in a drop in revenue for all operators. In its most recent annual financial results, Econet cited the tariff adjustment, as well as the taxes added on airtime sales and imported devices as reasons for depressed performance.

The shots fired at POTRAZ could have also been a reference to the debate around telecoms infrastructure Sharing which has been championed by the Minister of ICT Hon. Supa Mandiwanzira as well as the lax regulation around interconnection debts among the various operators which Econet also pointed out as a contributory factor to its lukewarm results.

Econet’s statement comes after another mobile operator, Telecel, confirmed its own series of job cuts and TelOne, a state-owned telecoms operator was reported to have opted to reduce salaries by 15% instead of effecting job cuts.

It’s hard to not view this statement from Econet as a response to TelOne, which seems to have distinguished itself as an operator that has managed to figure out an alternative to the unpopular employment contract termination option.

26 thoughts on “Econet accuses POTRAZ of destabilising the telecoms industry”