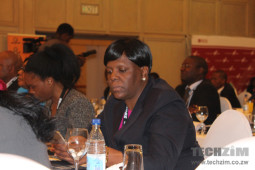 It seems the government may have to renegotiate the TelOne-Huawei Technologies deal for the rollout of countrywide fibre installations due to the depreciation of the telecommunication equipment with time since the commissioning of the deal in 2010.

This is due to the fact that both TelOne and Huawei have faced undisclosed challenges that have led to this delay. The challenges for Huawei aren’t clear, but it’s easy to speculate on the availability of funding as one reason for TelOne.

In an article in Newsday, Chipo Mutasa indicated that the deal will still go ahead, but there will be need to revise the scope of the work as the 2010 equipment is definitely out-dated. Meanwhile, TelOne has had to implement some stages of the project funding it with their own resources.

This is an obvious strategy that any business would implement and rather impressive for a state enterprise as normally we would have expected it to sit and wait until all ducks are lined up. Perhaps that is how it is beginning to post profits with a promise of better times ahead under Mutasa.

The report further indicates that even staff had begun to notice the time-based discrepancy and alleged overpricing with some even suggesting that the potential prejudice in deal amounted to over 30%.

However, Mutasa defended the company saying there was nothing suspicious in the $98 Million deal itself outside of the highlighted challenges. She also said that the State Procurement Board had been involved in the awarding of the deal. Further, TelOne itself had conducted an independent survey and found that Huawei pricing was not overpriced and was in line with the market having compared with ZTE, Fibrehome, China Commserve and Alcatel Lucent.

This is the first time that we have heard of purported rot at TelOne since the new CEO came in but without defending her and the management, this could also be a backlash of the move to reduce salaries for staff among other measures implemented in fashion with the wave of dismissals triggered by the High Court labour ruling in the Zuva Petroleum case.

Another key thing to note is that technology does depreciate yearly and we hope that TelOne does not get sold outdated equipment and it can restructure the deal to stay current especially after a healthy take off this year on the tide of a successful 2014.