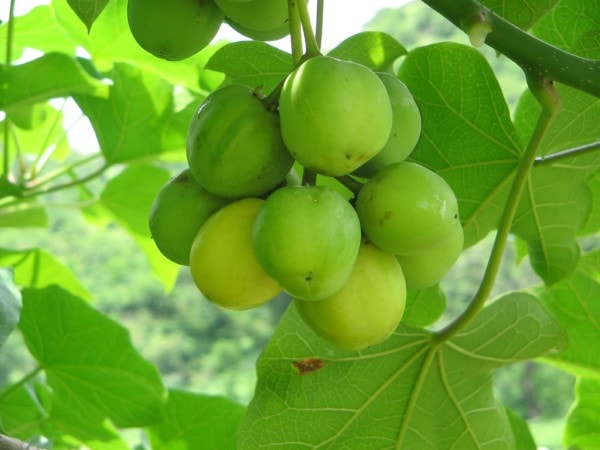 Quick, can you name this plant? Two points if you have seen it recently. Three if you know anyone in Zimbabwe commercially growing it.

I will save y’all some time. No. I do not and have never worked for Econet. My aunt does not work there either and neither does my uncle. Yes, I have an Econet line. No, I have never met Strive Masiyiwa and I am such a misanthrope I seriously doubt I would recognise the guy in real life anyway.

Now to the moment of truth: I think the infrastructure sharing being made by the government is bull. I am sorry I could not find a kinder word to use. I could give you a thousand reasons why I feel so strongly about this but here are a few.

Those who do not heed the lessons of history are doomed to repeat it.

You see, 35 years of history have taught me one thing: Our government always has an ulterior motive for everything it does. Even if it seems otherwise, everything it touches almost always turns to ashes. The guys there have the singular talent to bungle the implementation of the simplest programs and turn them into the mothers of all failures. I am not even going to waste space by citing examples.

Come on people, this country is supposed to be teeming with Jatropha diesel powered cars! Show me a single one. To this day, the plant remains an ornamental plant in various suburbs around the country instead of the game changer it was once touted to be. I for one could really use a Jatropha powered generator to mitigate my power woes instead of expensive petrol.

Our government has a history of sounding so reasonable yet in the end something almost always goes wrong.

Talking of power cuts, what happened to all the Solar power plants that were introduced in 2013? We woke up one day to see headlines in the State media that screamed “Mega solar projects on cards.” The Matabeleland power project headed by a company called Intratek was supposed to start feeding 10MW into the power grid after just four months. Two years down the line, we are actually worse off from where we were in 2013 and we are actually generating less power than we were back then. Intratek is not exactly a household name either considering it’s supposed to be in charge of a $750 million project which would make it one of the largest infrastructure sharing projects. So you have to forgive me if I do not share the faith and enthusiasm for this infrastructure sharing project.

Well, since we are talking about infrastructure sharing I think it needs to begin at home. Why not start by unbundling ADSL and allow other players? In a lot of countries, ASDL is still the cheapest and fastest way for the masses to connect to the internet while people wait for the FTTH pipe dream to become a reality. Well, I am just dreaming because the last time I checked, my home in Juliasdale which is nowhere as remote as Binga, had a cute analogue station that allowed me to connect to the internet at the amazing speed of 24.6 kbps thanks to the government.

Something always goes wrong along the way and oftentimes the government just ignores the initiative.

Whatever initiative that is started by our government goes through the cycle. It is turned into a jingle. The masses lured by the reasonably sounding rhetoric join the bandwagon and the unwilling are coerced into complying then ultimately down the line the whole wagon runs out of steam, blame is apportioned, the project is usually abandoned and left uncompleted. The jingles die down and attention is drawn to the new in thing: Remember Operation Garikai? The Jatropha project? The perennial Batoka project? Chinhoyi diesel? Indigenisation? The jobs promise of 2013? God, I could go on, but I think you get the picture.

I have very little faith in our government.

The thing is given all the reasons above it is unsurprising that I have very little faith in our government when it comes to handling things like infrastructure sharing especially given the way parastatals are run. State entities are supposed to be transparent and held to the highest standards of ethics given they are owned on behalf of the public. Instead, we have executives who flouted ethics with impunity and now it seems they are going to get away with it. Parastatals make losses and no one, it seems, cares. Most don’t even do what they are supposed to do. They don’t even publish their accounts as they are supposed to. That is illegal and yet no one is being sanctioned for breaking the law.

I am afraid of infrastructure sharing. I fear it is a good idea that is going to fail. People are harping about its supposed positives without considering the fact that history has shown that probability shows our government failing in such things more often than it succeeds.

Those who doubt me I have one word for you ZIMASSET. A lot of people said it would work. I didn’t and here we are.

22 thoughts on “I fear infrastructure sharing …”