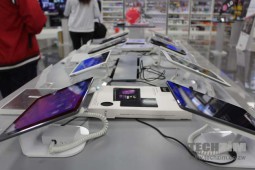 A telecoms sector performance review from the industry’s regulator, POTRAZ, reports that it’s not business as usual and mobile operators have taken a 14.2% knock on revenue in the first quarter of this year showing an overall marginal decline.

The drastic drop in revenue can be attributed to the residual effects of the mandatory tariffs reduction in the fourth quarter of 2014 in addition to the traditional “January disease” characteristic of scarce liquidity in the first part of the year which limits consumers spending. It could also have been partly caused by the end of the usual festive season promos such as the Buddie Bundles of Joy which was terminated at the end of year end.

A crippled participation from Telecel in mobile money was also a component of this fall in transfers and general volumes. Telecel has been on a continuing free fall for over a year now. Remember the instruction that followed the licence argument was explicitly instructing users to withdraw money from their wallets in a small space of time.

Telecel, as expected suffered a heavy loss of active subscribers and now only accounts for 13,7% market share, from 20.8% previously possibly due to the disruptive licence issues. The spoils were shared evenly amongst the competition with both NetOne and Econet gaining customers. (NetOne 3.9% to 32.1% and Econet 3.2% to a dominant 54.2%).

The number of internet subscribers also fell by 1.7% to 5,879,552 despite an increase of 37 new 3G base stations. Ultimately internet penetration withdrew by relatively the same margins to 44.3%.

Fixed telephone subscription remained largely unchanged with 329,252 active lines a number that I suspect is dominated by government and home users, or simply an indication that VoIP density is not moving.

The full report can be downloaded on the POTRAZ website here.