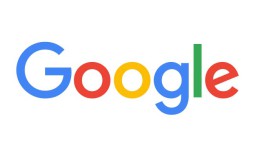 It’s been less than a month since tech giant Google, announced a corporate restructuring and adoption of the new name Alphabet.

The new logo maintains the wordmark, but the typeface has been changed to a sans-serif look. Together with a softer look on its traditional four colours this new typeface conjures up a Junior School/Sesame-Street look that most will identify with the style Google hopped onto with Alphabet recently.

You can find out more on the design nuances behind Google’s change in its post on the Google Design.

The reasons for the change do however include something more technical than the look and feel. Google has pointed out that the new logo was inspired by the way people interact with Google products and services on various devices and screens, rather than just desktop. The old logo had been focused on the desktop experience while internet access is more about mobile and multi-platform experiences.

The new Google logo has 305 bytes, which is huge shave from the approximate 14,000 bytes on the old logo. So Google is considering internet access on connections with low bandwidth, something that most of us can easily appreciate even if we don’t think the typeface alteration matters.

Any thoughts on the new Google logo versus the old one? You can watch the video on the evolution of the Google logo below which also takes a quick walk through the services Google has shared with the world so far.