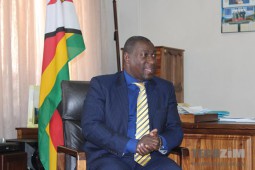 While the infrastructure sharing issue has focused on how the government has an “underlying agenda” to disadvantage Econet (and Liquid Telecom, by implication), the latest comments from the ICT Minister, Supa Mandiwanzira, seem to be reflective of a broader development agenda beyond this current discussion.

According to a report in the Herald, the government, through the Ministry of ICT, and its sister, the Ministry of Media Information and Broadcasting Services, intends to capitalise on the current digitisation program to develop a robust infrastructure rollout that is not just commercially based but also focuses on equitable development.

This will be done through the layout of a fibre backbone that will improve internet and mobile phone penetration especially in the population’s “70%” rural community that is not sufficiently serviced by telecommunications facilities.

One of the strategies in use is to avoid duplication of efforts across state enterprises in deploying infrastructure. The government intends to consolidate the current infrastructure in a manner that will make the cost of communications and doing business in the country and the price of data affordable.

The government also plans to set up the National Infrastructure Company (NIC) which will focus on building new towers to ensure countrywide connectivity.

It’s also the State’s plan to implement measures to ensure correct reporting in terms of international traffic termination in Zimbabwe, an area which Mr Mandiwanzira believes could be a source of revenue leakage for POTRAZ, ZIMRA and the State. This is likely going to be through the Traffic Monitoring system that POTRAZ invited tenders for earlier in the year.

What is the significance of all this talk?

The government agenda seems to be reducing the cost of communication as a business enabler using a consolidated approach through an infrastructure company, ensuring maximum capacity utilisation from digitisation, auditing termination statistics for international traffic to curb revenue leakages, and the development of countrywide connectivity.

Part of this effort is driven by the need to improve the country’s investment attractiveness through cost effectiveness. Another serious driver is the need to adhere to the Digital 2020 Agenda and Post 2015 UN Development Goals. Some of the objectives of these charters include:

These latest comments help explain the dynamics of the infrastructure debate with an elaboration of the fuller government policy objectives.

Of course, the confusion is built by the government itself in that it hasn’t, in more than 10 years, made public its ICT policy, even though several consultations have been conducted through the terms of several ministers.

As a result of this shortcoming, the focus lately has simply been that Econet is being hounded for its infrastructure when in actual fact the combination of Transmedia, NetOne, Telone, Powertel and other state organs is in itself a formidable alternative that Econet might want to cross collaborate with.