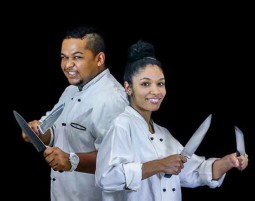 Is Battle of the Chefs  headed to Zambezi Magic?

MultiChoice equals a high cost of entertainment, monopolies we have a love/hate relationship with and the scourge of repeats that we now accept as part of TV’s bouquets.

To be fair, though, that’s not the only thing the Naspers-owned company is good at. Other than its awesome sports coverage (it might be an expensive pleasure, but SuperSport can do no wrong IMO) MultiChoice understands the importance of a local content strategy.

Which explains Zambezi Magic, the newish channel on DStv that was set up with the sole purpose of telling stories from Southern Africa (with less of South Africa in there).  For most of this year, MultiChoice has been calling for local content that would be aired on this Zambezi Magic.

Since it went live on the 1st of July this year, the new channel has been filling in gaps with a lot of South African content. The good news is that Zimbabwean productions are going to be flighted on Zambezi Magic.

One of the local productions headed for Zambezi Magic that have drawn a lot of attention include Tonight With Zororo, the local talk show crafted around the popular American late-night format.  Another show, Battle of the Chefs, which is Zimbabwe’s first reality cooking competition is also expected to be there. Both these productions have received a lot of positive reviews because of their production quality.

There are also going to be Zimbabwean music videos on Zambezi Magic, something that ought to help the insanely popular Zim Dancehall genre create a regional impression.

Looking beyond the fact that these shows and productions are breaking into new markets thanks to MultiChoice’s regional presence, there’s a huge disruption of the status quo in terms of content production. If we were to dial back the clock five years, having local content featured on any station other than ZBC was a huge challenge. This has now changed thanks to examples like Zambezi Magic.

While MultiChoice and Zambezi Magic might have used other criteria to select these and the dozen other shows for its channel, platforms like YouTube,Facebook and WhatsApp have already acted as barometers for how good Zimbabwean content can be. Now, Zambezi Magic will carry the work of sharing this with viewers in other countries.

One thought on “TWZ, Battle of Chefs, Zim Dancehall & the dozen shows on my Zambezi Magic to-watch list”