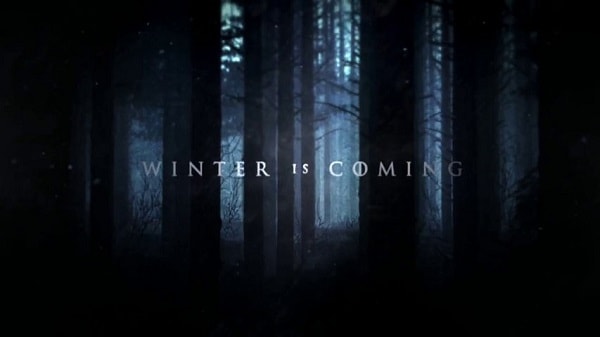 There is a cruel economic winter headed our way. It is almost upon us and none of us will be spared.

Not so long ago I had the misfortune of sharing a ride with two very foolish men who run an ICT accessories business in the capital. Inevitably as we ran out of stories, the topic turned to the state of the economy. It was one of the most natural segues considering  that Zimbabweans have been talking about the state of their economy for the better part of  a decade and a half and ever so rarely have they anything good to say.

These two fools were something special, however. Unlike most men who share the deluded fantasy that things are going to just work themselves out without any input from themselves or the government, these two fellows were far too gone into the world of madness.

They believed, somehow, as I have come discover so do a lot of men and women out there, that the problems currently facing the Zimbabwe economy are not their problems and that just because they run businesses that are currently, in their stunted opinion, far removed from those currently under economic siege, they are not going to be affected.

That was the pathos in their argument. I looked at them in shock and horror. They actually believe that they are immune to the Zimbabwean economy’s problems because things are going on well for them right now.

What’s wrong with the Zimbabwean economy?

Whilst statistics tend to be very scant for everything else, in Zimbabwe people are always trying to make us believe one statistic or another when it comes to the economy. As a result, we are bombarded with numbers at every turn and sometimes it is very hard to separate the facts from the fiction.

In my humble opinion, however, the last people who you need to listen to when it comes to the state and prospects of our economy are the government. They have proven their ineptitude on the topic for what feels like a lifetime.

Case in point: the government has been saying it expected the economy to grow by 3.2% this year, but has since revised this growth projection down and rather simplistically and disingenuously blamed it on drought.

The government now expects the economy to grow by 1.5 % despite its austerity measures. The powers that be have even given themselves pats on the back about the “improving” economy.The figures the government is producing are indicative of an economic boom and people should be happy. But people are not happy.

I am not an economist so I do not have a serving of impressive jargon and statistics to confuse you. Instead, consider that the following factors are indicative of an economy in a recession:

A recession is when the economy contracts or shrinks and the Zimbabwean economy is certainly going to see a significant shrink this year notwithstanding the Honourable Minister‘s assertion that it will grow.

You cannot just wish an economy growth and I am not going to speculate as to why the government has obstinately stuck to this narrative despite the overwhelming evidence on the ground.

I am a geek who just wants to write code, sell laptops, create awesome apps why should I care?

Most people call themselves sharks when it comes to ruthlessness and business acumen. So should sharks care about the disappearance of algae? Consider the above food chain and you will get my drift. No algae means no shrimp, no shrimp means no small fish which means no mackerel which means no tuna (which also means no sushi) which means it’s “Bye bye Mr Shark.”

If the Zimbabwean market is your primary market then things are not looking good for you. Most geeks that I have talked to in the past do not seem to understand the link between their world and the economy. I have taken flak for writing about the economy on a Tech forum. “What has that got to do with Technology?” seems to be the consensus.

The delusion that your business is not going to suffer in this economy will not save you when the time comes. Sooner or later your neighbour’s economic misery is going to find its way to your door either directly or via some lengthy route. Like death forgets no one, it will eventually reach your door.

Demand. In a recession, people have got less and less money to spend and their priorities quickly change. Their lifestyles become more frugal as they try to live off the less income that they now have. They are less likely to spend on items that they view as luxuries.

People are not going to be buying your iPhones as they face the prospect of eviction and starvation. As a result, the iPhone guy has less income at the end of the month which means he is not going to be spending much either in the end. This is a self-nourishing downward spiral that has to be actively stemmed otherwise, before you know it, less and less people are going to be buying your fancy App and before you know it you are boarding a bus to your rural home.

Are things going to get better?

No, things are not going to get better. Things have to be made better. We cannot just wish for things to get better and have our troubles shouting: Jawohl, mein Kommandant! as they swiftly go away. Remember Newton’s first law of motion: A stationary object remains at rest until you apply a force to it. Similarly, the economy will continue in free fall until someone stops it.

Things are not going to get better anytime soon because some bureaucrat says so. The ZIMASSET and the 2015 Mid-Term Fiscal Policy ain’t gonna cut it.

It is like giving water to a person who has suffered serious physical trauma. It might ease their thirst, but it will most certainly not cure them. These policies do not even begin to address what is wrong with our economy and at times, things like the tax hikes and such, look to make it (the economy) worse!

My dear geeky friends, it is with this in mind, and with a heavy heart that I tell you: Winter is coming and it is almost upon us. None of us will be spared and you would do well to heed the Stark words and make your preparations. Go in hibernation mode like Polar bears and save whatever little money your startup has and spend it wisely for I fear this winter will be long m’lords.

Ok, so I have been binge watching GoT for like the umpteenth time but you get the point still. I hope you will not follow the lead of my two foolish travel companions who will in no doubt disappear like sparrows in wintertime when the full bite of winter comes. For they too will not be spared.

Avoid the fate of the money changers or you shall follow them into the utter gloom. Be mindful of the future and the fact that there are worse things that lie ahead. The Starks and me are always right in the end.

29 thoughts on “Winter is coming”