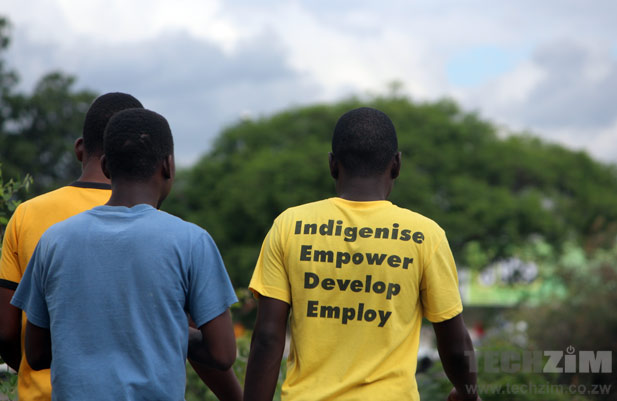 I guess it’s all part and parcel of a sagging economy. The way “Foreign Direct Investment” is splashed across headlines and touted as one of the leading solutions for our economic challenges just shows how every segment of our country is looking forward to that currency inflow.

If money were to pour in would it answer all of our problems? Without echoing economic analysts I’m hardly suited to answer that effectively. But I’m pretty sure it would, however, make it a lot easier to deal with a number of issues.

The same could be said about startups. In some weird, contorted way, their cries for funding and that one big cheque are analogous to what our leadership is lobbying for.

By virtue of operating in a “dry” Zimbabwean environment they are also facing the same operational challenges and many will tell you that in 2015 no one had the money to spare a thought for a tech startup dream. 2016 doesn’t look that optimistic either. Despite all the perceived potential behind their solutions, they can’t grow beyond a certain point or attain full flight.

Which is where foreign investment comes in. Just to be clear I’m not referring to a “delegation of Zimbabwean business leaders” knocking on the doors of Silicon Valley firms like Andreessen Horowitz. The focus should be potential investors that would likely buy into the Zimbabwean cause.  This would be the millions of Zimbabweans working outside the country.

So why would someone who chose to start a life outside our borders put money in a Zimbabwean tech startup? Well, besides their “vested” interest in the country, an appreciation of the local dynamics and a familiarity with some challenges that you will face a long the way as a Zimbabwean enterprise, and in a lot of cases the appreciation of  how technology is driving economic growth in other parts of the word, they also have the money to send home.

An increasing focus on Diaspora inflows that we have seen in the past year through cases like money transfer agency and mobile money operator tie ups, is a glimpse of how much capital inflow is sent this way, and is expected to continually pour in. It is, after all, a billion dollar market.

Granted, the huge remittance figures are usually for other priorities, but in several cases they represent an investment of sorts back home. This could be either as real estate (building or buying that first home) or just funding that one project that creates self sustenance for the people back home.

The right sort of business idea could, if its worth the attention, wedge itself somewhere in the list of priorities. It would have to display how its a credible and functional solution with a potential for growth in the market, a scope for scalability beyond our small market,  a case for sustainability, transparent operations and a huge promise of a return on investment.

These are essentially the same sort of demands placed on any startup pitching to any sort of investor and just because you are angling for investment from a fellow Zimbabwean who isn’t in the country, doesn’t mean all of these demands won’t be relevant.

Diaspora led investment in Zimbabwean startups is hardly new. Some individual cases of local small to medium scale enterprises in sectors deemed to be low-hanging investor fruit have received some capital. It seems to be less of a challenge to state the business case for investment in Zimbabwean agriculture, retailing, pharmaceutical distribution and horticulture.

I had a long winding discussion with twenty two Zimbabwean professionals based in various parts of the world (South Africa, Australia, UK and USA – the WhatsApp group chat option deserves countless praises) who gave back some positive feedback on “exploring startup opportunities” at home, though this was under the context of a familiar face playing some role in the whole arrangement.

It’s hardly enough feedback to generalise the response from all Zimbabweans working outside the country, but it offered a peek on what is possible, provided certain conditions are met.

Tech startups have to rally after that same line of investment, something which probably seems hard to imagine at this point because of the mountain of challenges that Zimbabwean startups face, especially around the issues of perception.

Other approaches could be direct engagement with individuals that have already invested in other fields in Zimbabwe, as well as reaching out to African investors that have placed bets on similar startups in other markets on the continent.

A cursory glance of forums and platform on networks such as LinkedIn shows some clusters were such relationships can be forged.

There is no guarantee that an attempt to “import” venture capitalists will be any less challenging than it is to find VC support locally. It does however offer a view outside the immediate dry Zimbabwean environment.