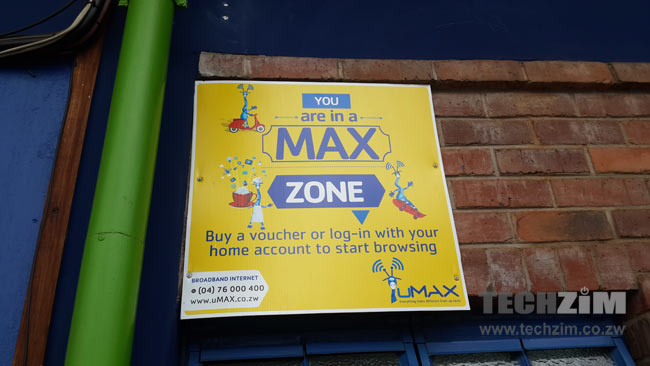 This is the first major product launch from uMAX this year, in a market where internet providers have been tweaking product suites in response to competitive forces and the general economic environment.

skyMAX comes with 150 GB of data for $150 with maximum speeds of 5 Mbps. There is also an option to recharge an exhausted skyMAX subscription with top ups of 1 GB priced at $1 each. skyMAX also comes with uMAX’s unlimited free night browsing offer which was introduced over a year ago. 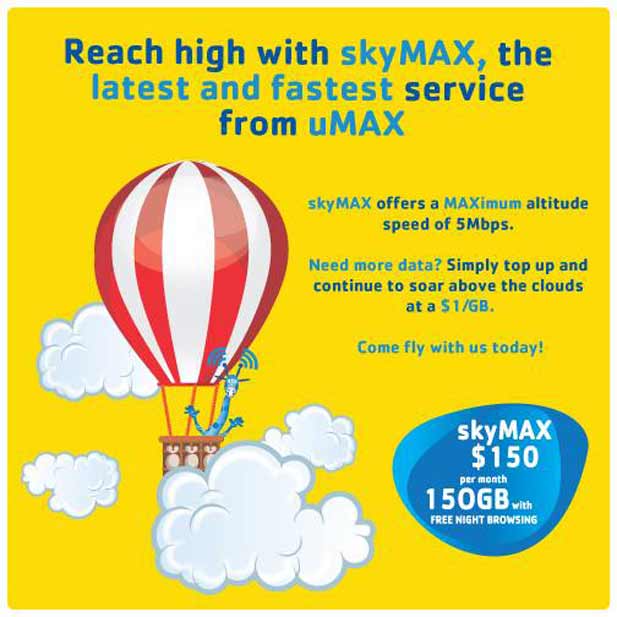 In a lot of ways, this new package is a step up from the $75/40GB monthlyMAX package which has been uMAX’s primary offering since 2013.

The price, which doesn’t look like it’s targetted at subscribers with a limited spending power, also goes on to offer a per GB pricing that makes it the cheapest on the market. $1 for 1 GB is hard to beat, especially with a free off-peak browsing alternative tucked in there.

It’s also faster, with speeds of up to 5Mbps, eclipsing the monthlyMAX package’s speed. This is the first time that the up to tag has been used by uMAX, so it will be worth noting how consistent the ISP’s speeds will be for this new package.

Then there’s the generous 150 GB data allowance, which seems to suggest that uMAX is adjusting to the growing needs of data that have clearly changed since April 2013.

Internet use is increasingly reliant on a greater consumption of data partly because of the rise of content distribution through online video and streaming.

At the same time, information and content is increasingly cloud-centric, which means that you need to burn through a lot more data just to enjoy the convenience of 2015 technology. One could say that’s part of the reference uMAX made with the Sky Package meant to “soar above the clouds”.

Understandably uMAX, like every other internet provider, is making decisions on product pricing and data caps based on data(no pun) and analytics from subscribers. But it still looks like skyMAX is uMAX’s way of avoiding an unlimited internet package.

It’s something that would likely serve users of huge chunks of data that need that 150 GB allowance. uMAX already has off-peak free browsing, so surely an unlimited package somewhere north of the $100 price mark can’t be that much of strain.