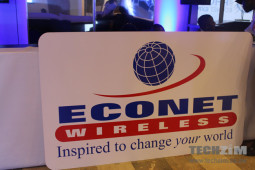 It’s not just the Zimbabwean government benefiting from Chinese investment. According to a statement released by Econet Wireless, the company’s parent group Econet Global has secured $500 million  from China Development Bank and ZTE.

This was announced in South Africa during a visit from Chinese president Xi Jinping. According to Douglas Mboweni, Econet Wireless Zimbabwe’s CEO, the loan was negotiated at group level and $300 million from that $500 million facility will be channelled towards Econet Zimbabwe.

This raises Econet Wireless Zimbabwe’s investment into its network to over $1.5 billion. Econet has stated that the capital will be used for market consolidation and new services.

Judging from the transformation taking place in the telecoms business modelling, this is likely to be geared towards broadband investment as well as a focus on mobile financial services. These two pillars are the focus areas for telecoms revenue growth ever since voice revenue dipped into a slow descent.

One huge impression created by this facility is the growing Chinese stamp on Zimbabwean telecoms. As Econet takes its place as the only independent mobile operator left in Zimbabwe, its competitors in telcoms such as NetOne and TelOne have all benefitted from Chinese investment.

NetOne is in the process of rolling out a $218 million LTE and network upgrade project that is being led by Huawei. TelOne, the country’s fixed telecoms operator and a rising internet services concern has also secured investment for its fibre project from the Chinese government.

Other facets of local technology are also leaning on Chinese goodwill. The country’s digital migration is being coordinated through Chinese expertise from Huawei.

China is essentially ploughing a lot of resources into Zimbabwean technology with companies like Econet providing not just good Afro-Sino investor rhetoric, but a good case for potential returns.