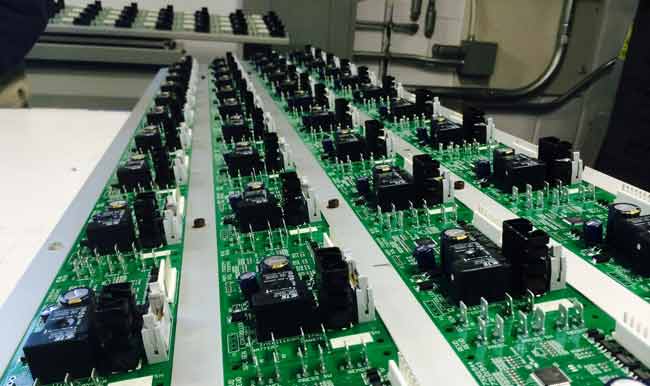 It has been reported that the Zimbabwean Government signed an agreement with the Inspur Group, a Chinese multinational tech firm, with the aim of establishing a joint venture computer manufacturing company in Zimbabwe.

Inspur is a significant global player in ICT, having crafted a strong presence in server manufacturing as well as software development and has been courted by other global tech giants like Cisco and IBM for strategic partnerships.

It is anticipated that the company formed by Inspur and the government will manufacture 50,000 computers a year. This agreement is also set to culminate in the development of a National Data Centre; a  high-tech park; projects for e-education, e-taxation and e-migration; as well as the development of a high-performance computer system.

This deal becomes the latest in Zimbabwe-China tie-ins which have been reached across multiple sectors this past year. Just recently the Chinese president Xi Jinping was in Zimbabwe and he signed off on 12 deals which also included investment in ICT through TelOne’s fibre rollout.

China has also had a significant role in other Zimbabwean ICT projects for other public sector enterprises like NetOne through its LTE rollout as well as Transmedia and ZBC through the national digital migration project.

In private sector engagement, this has been witnessed through a $500 million investment made in Econet Global which devoted most of this facility to Econet Zimbabwe.

Beyond the heavy political undertones that are carried with all Zim/Sino deals, this relationship with Inspur looks like a good deal for Zimbabwe. Should the company formed reach its full scale, there are opportunities for an economy and tech environment that could use the right sort of partnerships.

On the surface, there are benefits such as employment creation and skills transfer. This could also mean the exploration of an economic growth path that is centred on manufacturing for ICT, something that Zimbabwe would benefit from tapping into.

9 thoughts on “Zimbabwe to manufacture 50,000 computers a year through Chinese partnership”