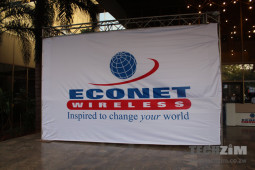 Local telecoms operator Econet Wireless wants POTRAZ the industry regulator to pay over $132 million in damages for losses suffered due to the reduction in voice tariffs.

According to a report in Newsday, Econet approached the High Court seeking an order to compel POTRAZ to compensate the operator and to force the other telecoms operators to pay licence renewal fees.

Econet has accused POTRAZ of creating an uneven playing field by not enforcing the payment of the $137,5 million required for a telecoms licence from the other three opertors NetOne, Telecel and TelOne.

It has asked the court to issue an order restoring tariffs to the previous structure. Voice tariffs reduction became effective on 1 January 2014 after POTRAZ issued a directive to that effect towards the end of 2013.

Econet has previously taken legal action, albeit unsuccessfully, to reverse this, arguing that the changes fail to consider the payment of the licence fees. This current case has been premised on the argument that Econet managed to pay its licence fees in full, while the other operators did not, yet it was subjected to the same tariff reduction.

In the summons quoted by Newsday, Econet has claimed damages amounting to $132 670 807 and that it will continue to suffer similar damages until the voice tariffs are restored to the same schedule which was in effect when it paid its licence fees.

Econet has also asked for an order compelling POTRAZ to disclose information on the Universal Services Fund, which is a financial pool set up by the regulator.

All operators are obliged to contribute a percentage of their revenues to it and the fund is meant to be used for expanding telecoms access in remote and disadvantaged areas.

In its summons Econet has said it had contributed over $59 million to the fund from March 2009 to November 2015 and as such it was entitled to a report.