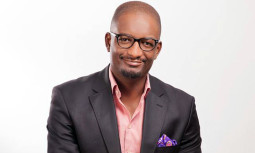 Econet Wireless International has hired top African television media executive, Joseph Hundah, to head its newly formed Kwese TV across the continent. According to Hundah’s LinkedIn profile, he took up the post of ‘President and Chief Executive President’ at Econet Media this month. Hundah is a Zimbabwean but has been in South Africa, Nigeria and Ghana for most of his career – at least according to his profile.

Hundah is an interesting hire for Econet’s new venture because of his experience working at media that include SABC, M-Net, SuperSport, Multichoice (where he headed the Nigeria operation for some 3 years), and most recently, MTG Africa, a African TV media company with operations in Nigeria, Ghana and Tanzania.

Combined, Hundah has over over 15 years experience working at a senoir level at Africa’s largest TV media companies. The value of that in skill plus networks is hard to overstate. Ofcourse actual delivery in the job depends on more than just experience and networks.

More closely, his experience at a MTG Africa, a Kinnevik owned company is noteworthy here. As you may know, the Sweden based investment group owns Rocket Internet, an internet marketplace company with classifieds and eCommerce startups across Africa including Zimbabwe, and Millicom, a mobile telecoms business with operations in 6 African countries with some 25 million subscribers in total. Kinnevik also has shares in Iroko, an internet TV company with a focus on Nollywood content.

The similarities between Kinnevik’s investments and what the Econet Wireless is increasingly investing in is hard to ignore. It’s also hard to ignore that Econet keeps hiring Kinnevik company executives to head its new ventures. Last hire was the Rocket Internet e-commerce executive,James Gibson, who eventually left this year just months after his Ownai classifieds had been launched.

There’s one aspect though where the Econet group doesn’t feel like a future Kinnevik – a terrestrial fibre network. Econet owns Liquid Telecom, Africa’s largest terrestrial fibre company that has network presence in some 20 countries on the continent and internet retail operations in at least 5 countries.

It’s still not clear if Ipidi TV will be moved to Econet Media so that the VOD service is part of the Kwese TV effort, or remain an independent operation in the group. We’re guessing the former; maybe not distribution wise (ipidi has been pushed as an extension of the group’s internet retail services with a triple play model) but likely on the content acquisition and production side, as Hundah looks like the group’s most qualified executive in that area.