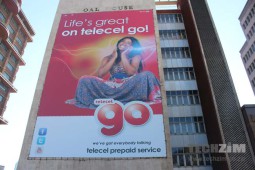 Good news for Telecel Zimbabwe subscribers  – your mobile operator is upgrading its data network in a project that is expected to improve data service quality and coverage while giving the operator room to introduce some new services.

According to Telecel, this network upgrade project which is a response to a growing consumption of data services will replace low capacity base stations with high capacity ones.

Telecel did not share the total investment being poured into this upgrade, so it’s probably not as massive as a rollout of new base stations in untapped markets.

All the same, it seems that this network project which will be carried out in Harare, Bulawayo, Mutare, Gweru, Chinhoyi, Karoi and Masvingo is Telecel’s first investment in large scale service coverage in quite a while.

According to the latest national telecoms report from the industry regulator, POTRAZ, out of the local three mobile operators Telecel was the only one that didn’t invest in new base stations between October and December last year.

Besides just focusing on increasing their average revenue per user totals, mobile operators are always working on improving their network coverage by establishing their presence in new viable areas, thereby creating the widest network possible. This requires capital which is either generated from running operations or through leveraged finance.

For Telecel, a network expansion plan is imperative since it has the smallest market share for both 2G (16.2%) and 3G (16.8%) base stations, along with a falling subscriber market share which was last recorded at 15.1% against NetOne’s 32.4% and Econet’s 52.5%.

While reserving capital from operational profit might seem even harder for Telecel than its peers (it has the smallest revenue share with 11.5% which is a drop from 12.1% in the previous quarter) its absence on the new base station front is likely a reflection of a shortage of capital for aggressive expansion, something that its new majority owner, the government, will hopefully be able to remedy.

Or better yet, infrastructure sharing will kick in soon and spare the government the duplicity of investing in infrastructure for both of its operators. Until then, Telecel will have to continue employing methods like this latest network upgrade just to keep up with competing mobile operators.